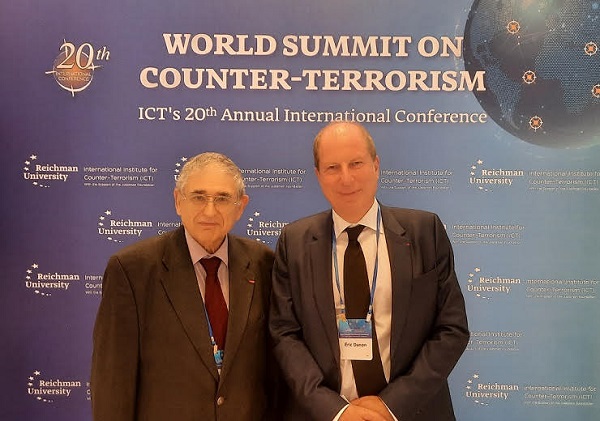 Harif is a UK association representing Jews from North Africa and the Middle East, led by Lyn Julius.
Visit: http://harif.org/about-us.

The flight from Arab countries of almost a million Jewish refugees in the latter half of the 20th century entailed the abandonment or seizure of moveable Jewish heritage – records, archives, documents, artefacts, including Torah scrolls. However, Arab governments are now claiming that the moveable heritage of exiled minority groups is part of their national heritage. What does international law say on the subject, what are the chances that Jewish heritage will be restored to its rightful owners, and what avenues – legal or otherwise – are open to them?

In a meeting of 7 September, the Italian Government has decided to not participate in the forthcoming Durban IV conference, to be held in New York on 22 September.

Originally meant to address the issues of racism and discrimination, the Durban WCAR, since its inception in 2001, has been hijacked by hatemongers worldwide.

Blog by Dr. Shimon Samuels published in The Times of Israel
9 September 2021
https://blogs.timesofisrael.com/2015-paris-terror-attacks-a-jewish-perspective/

For the 20th World Summit on Counter Terrorism

This launched 73 shootings and bombings against Jews across Western Europe, of which 29 in France. The terror spree stopped in August 1982 with the attack on the Goldenberg restaurant in the Paris Jewish quarter, that coincided also with the sudden return of European terrorists from PLO training camps in Southern Lebanon, fleeing from an Israeli incursion to end cross-border terror.