Is Spain a Champion of the “Zionism = Apartheid” Campaign of Durban IV?

Blog by Dr. Shimon Samuels published in The Times of Israel
29 April 2021
https://blogs.timesofisrael.com/is-spain-a-champion-of-the-zionism-apartheid-campaign-of-durban-iv/

As the only Jew elected to the International Steering Committee (ISC) of the 2001 World Conference Against Racism, I attended several preparatory committee meetings for the Durban conference, backed at the NGO level by COSATU, the South African Trade Union Congress which obsessively referred to ‘Apartheid Israel’.

At these meetings, I was often prevented from speaking and, on arrival in Durban, I was expelled from the ISC.

Read more: Is Spain a Champion of the “Zionism = Apartheid”... 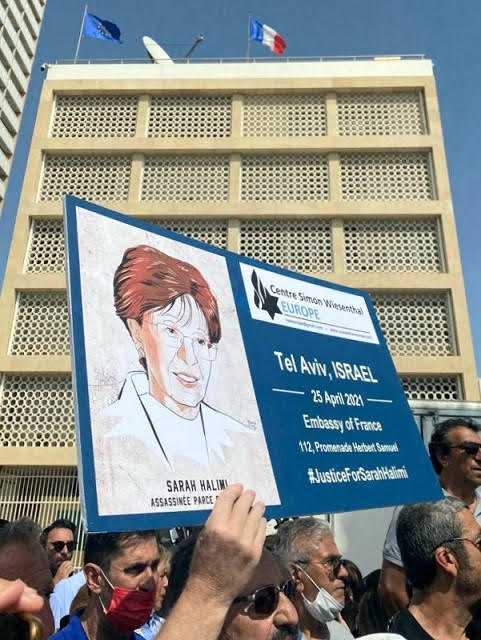 Banner at the gathering in front of the French Embassy.

I had come to Paris in 1980 with the grandiose objective to contain antisemitism. Little did I foresee its nature.

On 3 October, the eve of Sukkot (Tabernacles), I was visiting an Israeli journalist, Tamar Golan. Her houseguest, Aliza Shagrir – wife of the late cineaste Micha Shagrir – had just arrived from Israel. Asking her hostess if she needed anything for dinner, Tamar suggested some dates from the fruit shop three hundred meters away, facing the synagogue on the rue Copernic. We went down to the street together. She turned into Copernic, I continued walking straight ahead. I felt the bomb, where Aliza met her death.

Wiesenthal Centre to UEFA: “Hate has no place in Soccer, ‘the Beautiful Game’.”

The letter stressed that, “this was a clear reference to the mass gassing of Jews in the Nazi death camps and to Ajax Football Club’s history of Jewish support in pre-Holocaust Netherlands.”

Read more: Wiesenthal Centre to UEFA: “Hate has no place in...