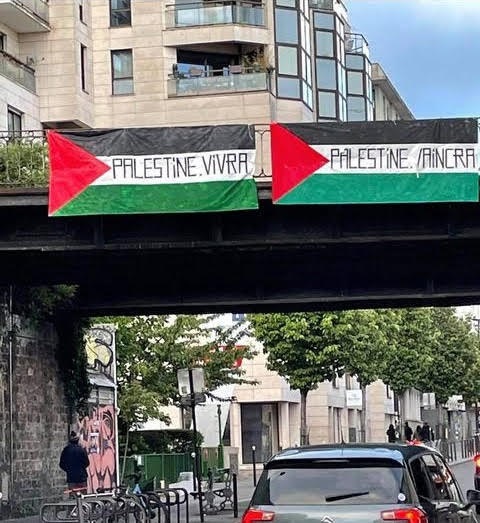 Blog by Dr. Shimon Samuels published in The Times of Israel
29 May 2021
https://blogs.timesofisrael.com/80th-farhud-anniversary-a-precursor-to-2021-violent-international-antisemitism/

The Wiesenthal Centre is proud to join 26 organizations, led by HARIF, the UK-based Association of Jews from the Middle East and North Africa (MENA) on 30 May, to commemorate, the 1 June 1941, Farhud Baghdad pogrom against its 2,700-year-old Jewish community.

Wiesenthal Centre Open Letter to French President, Emmanuel Macron: “We are Shocked at your Foreign Minister’s Charge of ‘Long Lasting Apartheid’ Against Israel.”

“We call on you to use the unfortunate “Apartheid” misnomer as the occasion to join Australia, Canada and the United States in boycotting the ‘Durban 4’ travesty.”

The Simon Wiesenthal Centre is shocked at the undiplomatic and insulting language of Foreign Minister, Jean-Yves Le Drian, in using “Apartheid” in reference to the State of Israel.

Not since President de Gaulle’s June 1967 “Six Day War” reference to “the Jews as an elite people, sure of itself and domineering,” has a French political leader made such a damaging statement towards the Jewish community.