"UNESCO must strip this hypocritical warmonger of his undeserved 'Artist For Peace' Award… The appointment of Naseer Shamma to this prestigious status only diminishes its value and integrity.”

In a letter to UNESCO Assistant Director-General for Culture, Francesco Bandarin, the Simon Wiesenthal Centre Director for International Relations, Dr. Shimon Samuels, urged "an investigation into the designation of Iraqi Oud star, Naseer Shammah, as 2017 UNESCO Artist For Peace, in view of his belligerent expressions against the State of Israel."

"If the award was granted based upon an incomplete enquiry to substantiate his merit, UNESCO must strip this hypocritical warmonger of his undeserved 'Artist For Peace' Award", argued the Centre.

“This exhibition... explores the deep, unassailable connection between the Jewish people and the Holy Land... a profound relationship that has helped shape the history of all humanity... It is a response to all those who seek to spread lies to fuel antisemitism, including a persistent delegitimization of Israel and the Jewish people.”
Irina Bokova, Director-General of UNESCO

“People, Book, Land: The 3,500 Year Relationship of the Jewish People with the Holy Land” is co-sponsored with UNESCO. Nevertheless, its opening in Paris in January 2014 was delayed by several hostile member-states, including the entire Arab bloc.

Opened this week at the House of Commons in the British Parliament, the Centre’s Director for International Relations, Dr. Shimon Samuels, noted that, “as the only Jewish organization accredited to the UNESCO World Heritage Committee, we have lobbied against Palestinian theft of Jewish and Christian heritage – from the Bethlehem Church of the Nativity in 2012, to the designation of the Tomb of Rachel and the Cave of the Patriarchs as mosques. In 2016, the Western Wall and the Temple Mount were targeted. This year, it may be Qumran and the Dead Sea Scrolls... This exhibition is a response and a medium for counteraction.” 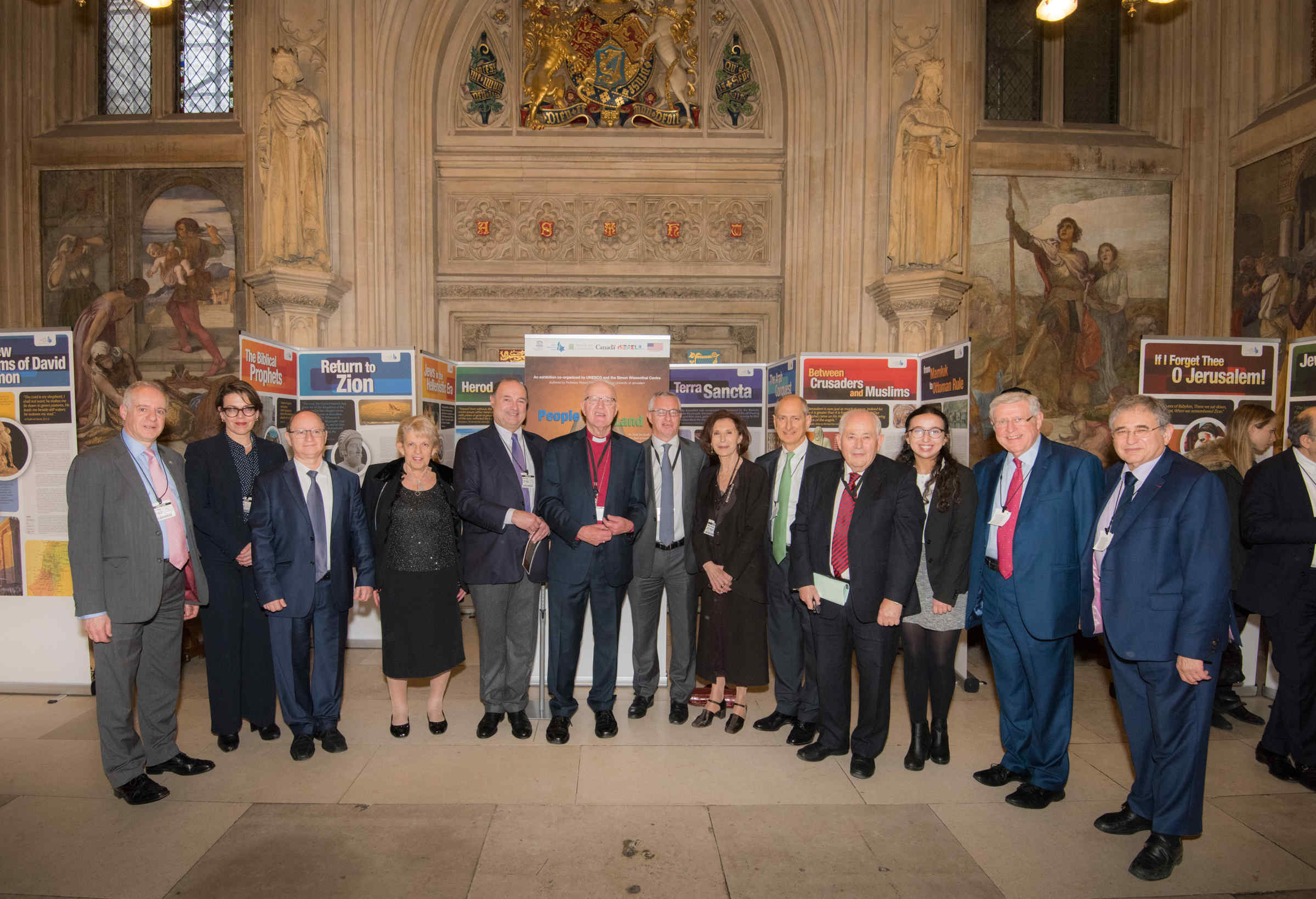 Wiesenthal Centre to French Justice Minister: “Does the Jewish Victim have to Die for the Crime to be Considered Antisemitic?”

The Simon Wiesenthal Centre Director for International Relations, Dr. Shimon Samuels, expressed rage at the Paris suburb of Créteil’s investigating Magistrate ruling to dismiss the antisemitic character of a 2014 attack on a Jewish couple, and the decision to close the case.

Three men had broken into the home of the couple, beating them and tying them up, then raping the young wife. The three, together with a suspected accomplice, were charged with group rape, armed robbery, violence and extortion.

Mein Kampf at the Casablanca Book Fair: From Goodwill to Infiltration?

In a letter to SIEL (Salon International de l'Edition et du Livre) Casablanca Book Fair, the Wiesenthal Centre Director for International Relations, Dr. Shimon Samuels, commended its Director Dr. Hassan El Ouazzani.
Samuels stated that, "after six years of monitoring the SIEL of Casablanca and its sister Arab Book Fairs, for hate on the display shelves, we were delighted to receive your inspiring response. This was truly in the spirit of Article 5.6 of the SIEL exhibitors’ contract: 'Publications displayed may not violate:
- public decency
- the sovereignty of the Kingdom of Morocco or its religious precepts
- public sensitivity' "

Read more: Mein Kampf at the Casablanca Book Fair: From...

“Launch an enquiry into this matter and order the immediate withdrawal of UN and EU funding to the European Gaza Hospital, pending that institution’s apology, its public condemnation of all forms of Jew-hatred and proof of the dismissal of Yahya Al Nawajha from its staff.”