In a letter to French Interior Minister, Gérard Collomb, the Simon Wiesenthal Centre Director for International Relations, Dr. Shimon Samuels, expressed horror at “the latest anti-Semitic assault on a Jewish family in their own home in the Paris suburb of Livry-Gargan.”

He noted that “savagely beaten, bound and robbed, the assailants had cut through the window bars and disconnected the electricity.”

Samuels added, “this follows the April murder of 65 year old Sarah Halimi, first tortured and then thrown from her third floor balcony by her neighbour who was screaming “Allahu Akbar” – that perpetrator still languishes in a psychological ward with the authorities for long, stubbornly refusing to define the murder as antisemitic.”

The letter continued, “after the Charlie Hebdo/Kosher supermarket attacks, I requested your predecessor, Minister Cazeneuve: ‘the day you withdraw the military guards from Jewish institutions, please announce that they have been replaced by 2,000 plainclothesmen even if there is not even one’.”

Samuels explained that “although the ‘state of emergency’ has been extended until December, the guards are gone, while our office building – a Jewish community centre – now houses over 100 kindergarten infants who have been brought in from the dangers of the non-Jewish school network.”

The Centre urged the Minister to take measures “for the perpetrators of the latest event must be charged with hate-crime and not excused due to disaffection, as in so many previous attacks.”

“Though terrorism has been indiscriminate, its primary focus is still on Jewish targets that require the protection of the State,” argued Samuels.

The text of the Minister’s Statement:

“Gérard Collomb, Minister of State, Minister of Interior, expresses his indignation after the violent aggression… committed against members of a family of the Jewish faith. According to first indications, the motive of this cowardly act seems directly linked to the religion of its victims.

The Minister… expresses his profound support for the family and for the Jewish institutions of France. Every effort will be made to identify and arrest the authors of this odious aggression...The Minister has full confidence in the Paris Police services to take determined action in this enquiry.

The Minister emphasizes the determination of the government to do everything to indefatigably combat every form of racism and antisemitism, which have no place in the French Republic.” 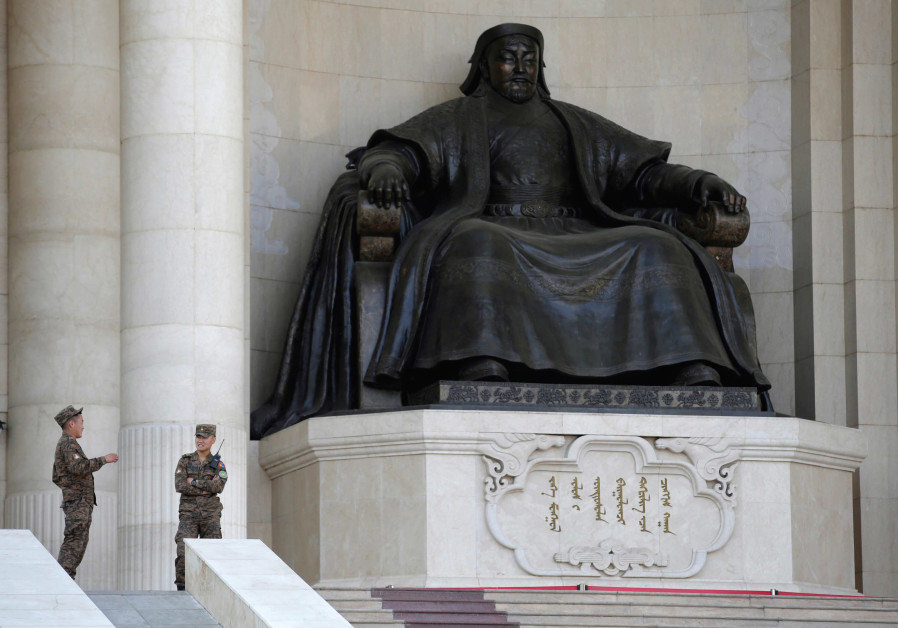 Read more: Mongolia and the Jews

Blog by Shimon Samuels posted on The Times of Israel
4 September 2017
http://blogs.timesofisrael.com/all-links-along-the-terror-chain-must-pay-the-penalty-not-granted-awards/

In 1998, the Simon Wiesenthal Centre was called to the German Labour Ministry in Bonn. Since reunification in 1990, followed by the 1991 fall of the Soviet Union, the number of war pensions had mushroomed among Wehrmacht veterans and widows, frozen for some 45 years in Communist East Germany, the Baltics, the Balkans and Ukraine.

While the Justice Ministry had cooperated with Simon Wiesenthal regarding the ID’s of war criminals, just down the road the Labour Ministry was sending cheques to their families in the Federal Republic. The Government, now eager to save revenue, asked the Centre’s help. Our expert, Efraim Zuroff was able to identify those military units responsible for war crimes to automatically strip their members of pension rights.

In 2007, the Centre promoted a draft convention, in the same spirit, to prosecute the instigators and accomplices of suicide terrorism. The intent was to criminalize all along the chain of terror from recruitment (especially online and now social media) to ideological radicalization, financing, arming, hosting and glorifying. The convention might have legally prevented the families of Jihadist “martyrs” from receiving “life insurance” benefits and blocked spurious “pension” grants to surviving perpetrators in jail.

Read more: All Links Along the Terror Chain Must Pay the...

"We urge the GCC to expand its measures to also remove antisemitism from all media sources."

"Sowing hatred of Jews in the Arab world or in the Muslim diaspora provokes terrorism against Jewish targets in Europe and beyond."

In a letter to Dr. Abdul Latif Rashid Al-Zayani, Secretary General of the six state Gulf Cooperation Council (GCC), based in Riyadh, Saudi Arabia, the Simon Wiesenthal Centre Director for International Relations Dr. Shimon Samuels, commended the GCC for "its measures to press Qatar to cut its financing of terrorist organisations and to close its Al Jazeera television network for incitement to hate and violence."

Samuels noted that "only this week, on 25 August, Al Jazeera Arabic (Blogs) published an antisemitic article on 'The Jews - That is their Character/Trait'.  The author, writer and microbiologist, Mohammed Abdallah, mentions he has a duty as a Muslim and a Palestinian to clarify to people the true nature of the Jews: