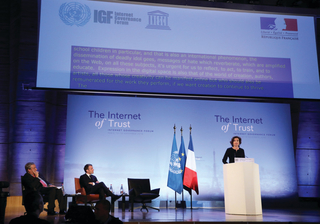 “Of the six Arab Book Fairs we annually monitor, antisemitic texts are sadly the most numerous in Riyadh."

"We urge you to adopt the necessary measures to vet participating publishers for all forms of hate, on the same level as offences to Islam... We suggest that a paragraph be included in the contract signed by the stands with the Fair, prohibiting all incitement to hatred and violence.”

"Our findings in Riyadh are shared with the Frankfurt Book Fair authorities and the United States Embassy to take appropriate steps regarding the 2020 Fair.”

In a letter to the Saudi Arabian Minister of Information and Media, Turki bin Abdullah Al-Shabbana, the Simon Wiesenthal Centre Director for International Relations, Dr. Shimon Samuels, protested the volume of anti-Jewish hate at this year’s Riyadh Book Fair.

At the Intangible Cultural Heritage of Humanity Bureau meeting this morning at UNESCO, the Wiesenthal Centre’s Director for International Relations, Dr. Shimon Samuels, congratulated Bureau Chair Ambassador of Colombia and the Ambassador of Austria for leading support for a strong resolution condemning the Belgian Aalst Carnival antisemitic float. 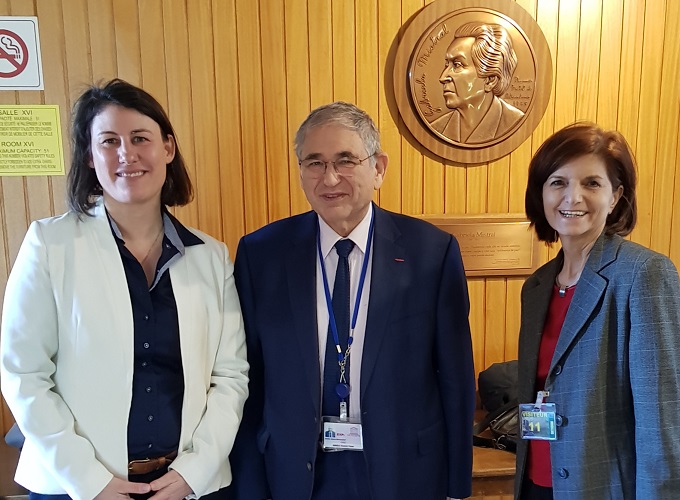 “In response to the Wiesenthal Centre’s demand for action by UNESCO, to deprive the ‘Aalst Carnival’ of its Intangible Cultural Heritage status, the outrageous float portraying Orthodox Jews, seated on gold coins, among rats, was today deemed by the Bureau as 'pure and simple antisemitism’,” asserted Samuels.

Poland supported the Austrian position, while “Palestine” and others added a paragraph to the draft resolution on “racism and Islamophobia.”

The six member-state body (Austria, Colombia, “Palestine,” the Philippines, Poland and Zambia), proposed that the Bureau’s resolution be presented at the Intangible Cultural Heritage larger Committee meeting, in Bogotà, Colombia, next December.

To launch proceedings for the Aalst Carnival to be delisted sets a precedent in the Committee’s 26 year history.

Wiesenthal Centre Letter to UN High Commissioner for Human Rights: “We are Outraged at the Litany of Offensive Accusations Targetting Israel.”

In a letter to Michelle Bachelet, United Nations High Commissioner for Human Rights, presented at the session on the UN Human Rights Council Report on the so-called “Crimes of Israel,” otherwise known as “Item 7,” Dr. Shimon Samuels, Director for International Relations of the Simon Wiesenthal Centre, expressed outrage at “the litany of offensive accusations targetting the Jewish State.”

Samuels argued that, “We find it impossible to comprehend your leadership of a Council bent on a constant hatefest against Israel and the Jewish people.”

He continued, “Sitting in the Chamber today, we heard a litany of outrageous and defamatory charges from member-States and NGOs, in competition to express the most offensive accusations against Israel.”

The late Kare Kristiansen was a leader of the Norwegian Christian People’s Party. In 1994, he resigned from the Nobel Committee to protest the Award granted to Yasser Arafat, whom he described as “the world’s most prominent terrorist.”

In 2011, the Oslo Symposium was founded by Christian Friends of Israel to honour Kristiansen’s memory.

The fifth biennial Kare Kristiansen Award was granted to the Simon Wiesenthal Centre, represented by its Director for International Relations, Dr. Shimon Samuels. 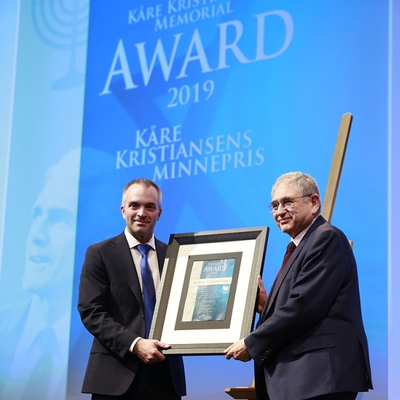