“People, Book, Land” Exhibition Opening at the Europaporten Church in Malmo “Began with ‘HaTikva’ and concluded with ‘Next Year in Jerusalem’.”

"Due to the failure of the police and the judiciary to take action against the perpetrators of antisemitic hate crimes, our 'travel advisory' on Malmo will remain in place".

In 2010, the Simon Wiesenthal Centre had imposed its “Travel Advisory” on Malmo, in view of the constant antisemitic attacks on Jewish targets, mostly perpetrated by young islamists.

“The advisory has remained in placed due to the lax intervention of the city’s police force,” stated Rabbi Abraham Cooper, Associate Dean of the Centre, headquartered in Los Angeles.

Malmo Rabbi Moshe David HaCohen pointed to a growing Jewish-Muslim cooperation, but also the increasing volume of drug-related crime in the city.

In an independent meeting with the Roma Information and Knowledge Centre (RIKC), the Chair, Mujo Halilovic, observed “since last contact with the Wiesenthal Centre, the situation is now worse as police attention focuses on Roma beggars from Eastern Europe as pariahs.” 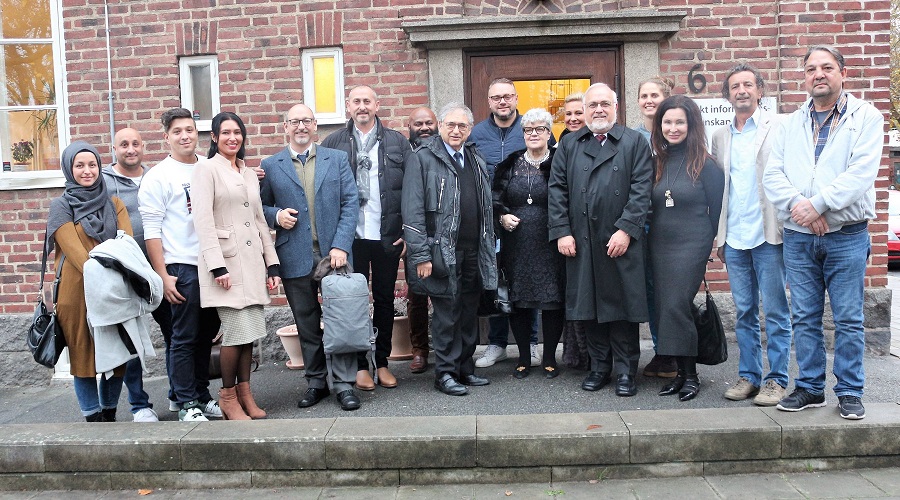 From Evian to Kristallnacht to the Holocaust

“The Dominican Republic and Sosúa were one of the few lights in the darkness...
It offsets the shameful behaviour of Cuba in refusing to accept its own entry visas issued by their Consuls to Jews...
These are lessons for immigration policies of today...”

In 1938, U.S. President Franklin Delano Roosevelt called for a conference on the fate of Jewish refugees fleeing Nazi Germany, to be held at the League of Nations in Geneva, the City of Diplomacy.

Switzerland refused to host the meeting on grounds of its policy of neutrality. It was thus moved across the lake to the French spa resort of Evian-les-Bains.

Director for International Relations of the Simon Wiesenthal Centre in Paris, Shimon Samuels, argued: “Evian was the green light given to Hitler to commit genocide.”

The inauguration of a plaque on Friday, "Kristallnacht", at Evian, presents the conference of 1938 as “a lesson for the entire world.”

Read more: From Evian to Kristallnacht to the Holocaust

The Wiesenthal Centre, through its partner, the French National Bureau for Vigilance Against Antisemitism (BNVCA), expressed “its alarm at President Macron’s apparent inclusion, among the World War I Marshals of France, of Philippe Pétain, the Nazi collaborator and antisemite, responsible for the deportation of the Jews under Vichy in World War II.”

The Centre’s Director for International Relations, Dr. Shimon Samuels, recalled that “President François Mitterrand expressed his intent to lay a wreath with American and British leaders in 1994 at the German cemetery of La Cambe in Normandy on the 50th anniversary of D-Day. The Wiesenthal Centre exposed the fact that among the graves were the SS responsible for the atrocity massacre of 642 men, women and children in Oradour-sur-Glane, as Nazi retaliation against the French Resistance. Mitterrand cancelled the event.”

Wiesenthal Centre at the European Parliament

The Simon Wiesenthal Centre - Europe partnered with 18 other organizations, led by the European Jewish Association, to discuss the status of Jerusalem and of antisemitism, over two days at the European Parliament.

"The interfaith work of the Wiesenthal Centre is universally known in Azerbaijan, due to the pathbreaking activities of its Director for Global Social Action, my colleague Rabbi Abraham Cooper," noted Samuels.

"Thus," he continued, "in conversations at the Forum with the Azerbaijan Culture Minister, the Head of the Mountain Jewish Community, the Deputy Director of UNESCO, Council of Europe expert on cultural heritage and the Azerbaijan Ambassador to UNESCO, the idea emerged to propose the unique Jewish village of Qırmızı Qəsəbə, some 100 miles from Baku, for World Heritage status."