Wiesenthal Centre at British Parliament: “Iranian INTERPOL Suspects in the AMIA Bombing Would Be Arrested on British Soil for Extradition to Argentina”

“A meeting dedicated to the memory of assassinated AMIA Prosecutor Alberto Nisman.”

Today is the 24th anniversary of the AMIA Buenos Aires Jewish Centre bombing, leaving 85 dead and over 300 wounded.

The Simon Wiesenthal Centre in the United Kingdom was hosted by the Henry Jackson Society (HJS) at a Parliamentary event, entitled “In the Shadow of the AMIA Bombing: Global Terrror and the Threat Today.” [see link: <https://henryjacksonsociety.org/event/in-the-shadow-of-the-amia-bombing-global-terror-and-the-threat-today/>].

Are the Jews Responsible for Psychosis? That is the implication of French Court’s New Analysis of Sarah Halimi’s Murder

On 28 February, the investigating magistrate in the case of the 4 April 2017 savage murder of 65 years old doctor, Sarah Halimi, accepted an expert analysis that her murderer was fit to stand trial.

Moreover, Kobili Traoré’s action, in stabbing her and throwing her from her third-floor balcony to her death, while screaming “Allahu Akhbar,” was acknowledged as, indeed, “an act of antisemitic character.”

On 18 June, the Simon Wiesenthal Centre Director for International Relations, Dr. Shimon Samuels, wrote to French Interior Minister, Gérard Collomb, lamenting that “the current defence system is inadequate,” protesting an attack on a teenage girl student by three North Africans outside her Jewish School... noting the withdrawal of the military presence guarding synagogues, Jewish schools and other institutions.

Read more: Are the Jews Responsible for Psychosis? That is...

The Wiesenthal Centre exhibition “People, Book, Land: the 3,500 Year Relationship of the Jewish People with the Holy Land” was opened on Thursday 12 July by Mayor Roland Ries and the Centre’s Director for International Relations, Dr. Shimon Samuels, at the Strasbourg “Médiathèque” - an immense computerized public library for all media.

The Mayor welcomed the Wiesenthal Centre and complimented the exhibition, stressing the security and safety of the important and ancient Strasbourg Jewish community. 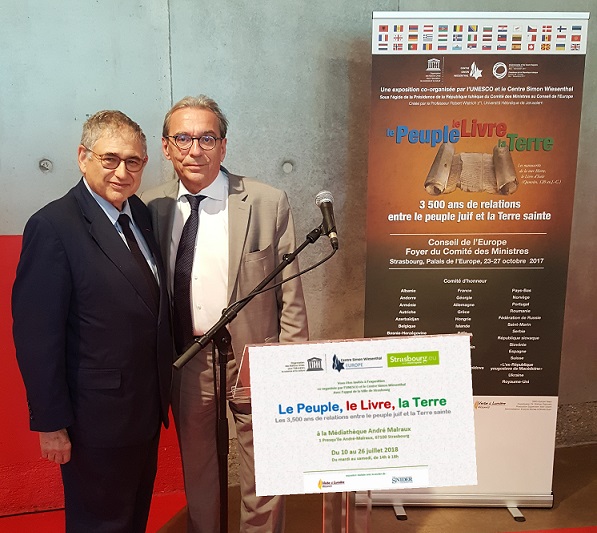 An international gathering of experts was held in Evian on the 80th anniversary of the notorious 1938 Conference on Jewish refugees from Nazism. The Wiesenthal Centre Director for International Relations, Dr. Shimon Samuels, was invited to keynote.

The original pre-war conference had been planned to be held in the diplomatic hub of Geneva, but due to the Swiss claim of “neutrality,” it was moved across the lake to French Evian-les-Bains.

Today’s “Evian Revisited,” or as dubbed by Samuels, “Evian II”, was organized by Elihu “Hugh” Baver of New Hampshire, USA, and a number of sponsors led by the Lantos Foundation for Human Rights and Justice. It took place in the Hotel Royal, the site of “Evian I.”

Wiesenthal Centre to CEO: "Barclaycard as Purveyor of Hate"

"Failing counter measures, we will urge our members to consider transferring their accounts to a bank that promotes prosperity - not hate."

Samuels pointed to the political performer, Roger Waters, as "addressing the audience of families with small children wielding a banner inscribed 'F--k the Pigs!', followed by slogans on screens iconizing Russia, Putin, Iran and Julian Assange and an array of slurs against Israel." 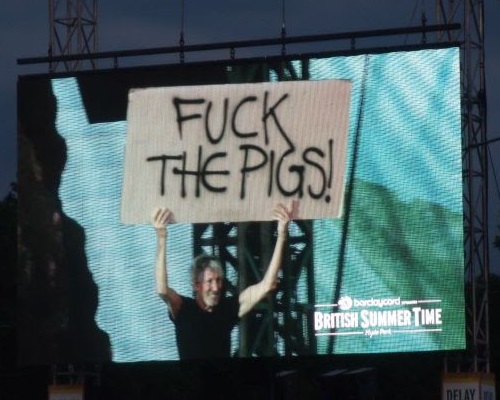