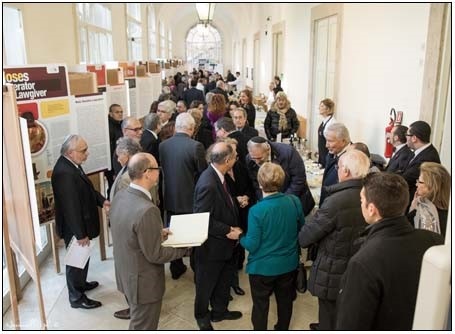 The exhibition, which was authored by the late Professor Robert Wistrich, is the first to have the formal endorsement of a UN agency — UNESCO. It's initial opening at UNESCO headquarters in January 2014 was blocked after the formal protest of 22 Arab states. Six months later, it was opened at UNESCO world headquarters in Paris by its Director General Irina Bokova. It has subsequently been presented at UN headquarters in New York, U.S. Congress, and earlier this week at Israel's Knesset in Jerusalem.

UNESCO responded: "In light of the information provided by the Wiesenthal Centre, we have brought this to the attention of the Permanent Delegation of Egypt.”

In a letter to Egyptian Foreign Minister, Sameh Shoukry, the Simon Wiesenthal Centre's Director for International Relations, Dr. Shimon Samuels expressed shock at the 28 November so-called, "Model of UNESCO Simulation" held at the Conference Centre of Cairo University, where an announced member of your delegation to UNESCO, Dr. Ramy Ashour, reportedly stated, 'Israel was behind the Paris terrorist attacks, to destroy the image of Islam and so that French Jews leave France for Israel'." 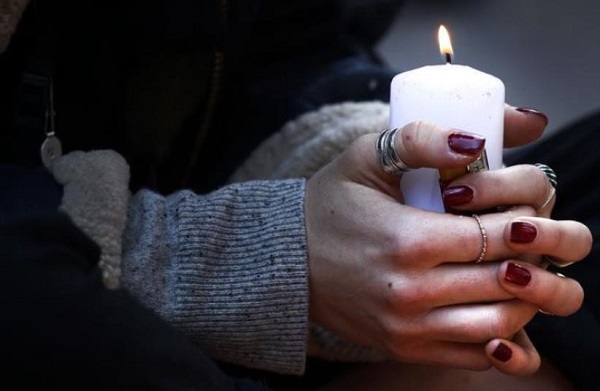 Wiesenthal Centre to Italian Interior Minister: “The so-called ‘Intifada of Knives’ has apparently arrived in Italy.”

“Rapid measures are vital... Muslim leaders must publicly condemn antisemitism in their mosques, schools and media... Italy cannot allow Jihadism on its soil.”

In a letter to Italian Interior Minister, Angelino Alfano, the Simon Wiesenthal Director for International Relations, Dr. Shimon Samuels, expressed shock that, “the so-called 'Intifada of Knives' has arrived to Italy in yesterday's attack on a Jewish man outside a kosher restaurant in Milan. The hooded attacker reportedly shouted, 'I will kill you'.”

The letter called on Alfano as “Italy's responsible official for counter-terrorism, to immediately draw the lessons of this assault by following the measures of your French counter-part, Interior Minister Bernard Cazeneuve, in posting armed military at every Jewish synagogue, school and other vulnerable institutions across Italy.”

Samuels stressed, “nor will the copy-cat transfer of an Intifada to Europe be limited to the Jewish community – present in Italy since the early Roman period... As we have seen in the Charlie Hebdo and Jewish supermarket incidents in Paris, though Jews may be the primary victim, the terrorist's strategic target is democracy itself.”

The Centre called on the Minister for immediate action, “prosecution of the perpetrator, in this case, must demonstrate the firm will of Italy to counter such outrage,” adding, “rapid measures are vital on the ground and in the air – regarding Internet/social media. Muslim leaders must be prevailed upon to condemn antisemitism, focussing on this stabbing, in their mosques, and the media.”

Wiesenthal Centre to French Culture Minister: “Suspend Funding for Arab World Institute-Palestinian Museum Partnership Until Proven that It is Not Another Arm in the Middle East Conflict.”

In a letter to French Culture Minister, Fleur Pellerin, the Simon Wiesenthal Centre Director for International Relations, Dr. Shimon Samuels, expressed “deep concern at the partnership recently signed between the Institut du Monde Arabe (Arab World Institute – IMA) with the Palestinian delegate to UNESCO, Elias Sanbar, to create a 'National Art Museum of Palestine,' which, according to IMA President Jack Lang, 'will evoke the Resistance Museum of Salvador Allende'... By drawing this parallel, Lang designates Israeli democracy as a fascist Pinochet-style military dictatorship.”

The Centre quoted from Lang’s reported remarks that, “to put in place a national art museum is a sign of combat... The IMA is now linked to a Museum displaying all of Palestine, to open next May in Ramallah. We are planning an important event to show these cultural riches. Through culture, we will make the world understand that this people only demands to live and educate its children.”