“TUC resolutions calling for boycott of Israel have led to anti-Jewish threats, and now violence in the UK.”

Samuels noted that he "first learned of the six Tolpuddle Martyrs – deported to an Australian penal colony for unionist activity in 1834 – as a teenage member of British Habonim, a socialist/Zionist youth movement, associated with many collective farm Kibbutz communities in Israel.” 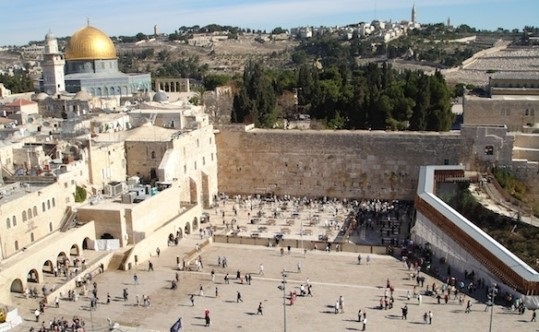 "This programme has educated a whole new generation of some 12,000 messengers and militants for tolerance and multipliers against extremism."

This unique Holocaust essay competition programme, co-organized by the Simon Wiesenthal Centre-Europe, (CSW), the Association Verbe et Lumiere-Vigilance (VL-V) and the Russian Holocaust Centre (RHC), now in its eleventh year, annually invites to Paris the five student winners from across the former Soviet Union, to present their research findings at UNESCO.

Of he 2015 laureates, two are from Moscow and one each from Kemerov (Siberia), Kaliningrad,(Russia) and Kamenka (Belarus) Those were chosen from well above 2,000 submissions.

Attended by the delegations of Russia, Armenia, Belarus, Canada, Germany, and Israel, the proceedings were opened by Genc Seiti, Director of the UNESCO Division for National Commissions and Civil Society. He commended the laureates' initiative for, not only keeping alive the memory of the Holocaust in Russia, but contributing to respect, tolerance and human rights worldwide.

The European Conservative and Reformists Party (ECR) Group of 72 members of the European Parliament (MEPs) yesterday, hosted a first-ever Hearing on the “Antisemitism of Hamas”, co-organized by the Simon Wiesenthal Centre (SWC) and the European Jewish Association (EJA).

ECR Bulgarian MEP, Angel Dzhambazki, opened the proceedings and introduced Foreign Affairs spokesman, British MEP Dr. Charles Tannock, who – with the Wiesenthal Centre – had led a campaign for investigation of EU funding of Palestinian causes: “... Now it seems that Shiah Iran has been funding Sunni Hamas... Hamas may have been democratically elected, but like Hitler, that does not mean they have a democratic mandate to act as they do... Elsewhere, with such a Manifesto or Charter, it would be banned”, he declared.

“The decapitated head of a victim, defaced with Arabic script and impaled on a fence, will remain the indelible image of this latest threshold in European terror attacks,” claimed Samuels.

The statement continued, “As the late Simon Wiesenthal would often observe, 'What begins with the Jews never ends with them!’”

“The Wiesenthal Centre expresses sympathy with the victims' families and calls for activation of governmental surveillance of Islamist activists known to security authorities even prior to 2008 - apparently the case of Yassin Salim, the prime suspect in this assault,” concluded Samuels.