In a letter to Mr. Jean-François Decaux, CEO of JCDecaux, based in the UK, the Wiesenthal Centre’s Director for International Relations, Dr. Shimon Samuels, recounted his conversations with JCDecaux General Counsel in Paris, regarding “sabotage and abuse of your bus-stop billboards in France, measures were taken against the spate of ‘Boycott Israel’ posters, apparently placed by a pro-Hamas group.” 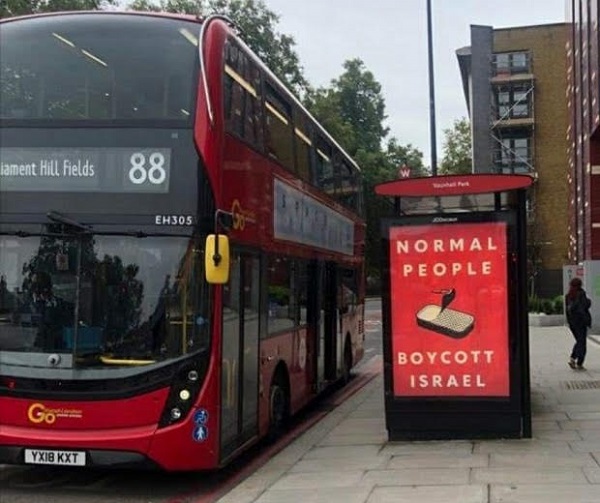 The Centre urged the company “to file a complaint with the Metropolitan Police to take legal action against the perpetrators.”

“We also propose that JCDecaux adopt the IHRA (International Holocaust Remembrance Alliance) Definition of Antisemitism, endorsed by states, municipalities, sport clubs, companies, etc. This would be a clear message to hatemongers, to cease and desist from squatting your advertisement infrastructure and abusing the good name of your company,” concluded Samuels.