The Simon Wiesenthal Centre is studying information exposed by the Wall Street Journal that Venezuelan dictator, Nicolás Maduro, has been maintaining his regime with the sale, between 2017 and February 2019 of some 73.3 tons of gold, valued at $3 billion to Middle East and Turkish companies, in violation of United States sanctions.

In March, a further 7.4 tons of gold ingots, valued at $300 million, were sent in two flights of a Russian aircraft from Caracas to Entebbe, for "refining" and sent on to a Middle Eastern country. 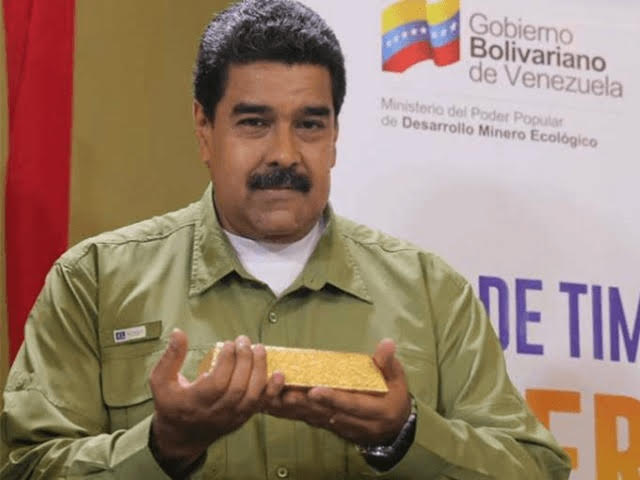 The Centre’s Director for International Relations, Dr. Shimon Samuels, recalled that “in 1997, I was granted access to the Spanish Central Bank archives on gold transports between 1936 and 1945.”...“The data revealed Nazi ingots containing ‘Zahngold,’ the gold fillings pulled from the mouths of Jewish corpses between the gas chambers and the crematoria.”

The Centre added, “these ingots were sent from Germany to dictator Francisco Franco’s Spain, with part going on to South America - principally Paraguay - for passage from Argentina to Venezuela, to sustain ODESSA, the so-called network of Nazi fugitives bent on building a 4th Reich.”

Samuels continued, “Another holding in the Madrid Central Bank, was reportedly transferred to the British Embassy in April 1945 and sent to the UK as a form of ‘life insurance’ for Franco and to prevent a Communist takeover of Spain.  British Foreign Minister, Malcolm Rifkind, in response to the Wiesenthal Centre 1997 inquiry, referred to a cache of gold coins sent to London from Germany -  a transfer unknown to the watchdog Tripartite Gold Commission - while Rifkind claimed no knowledge of the Spanish ingots... The chaotic immediate post-war conditions and super fungibility, do not rule out part of the consignment being sent on to the United States, ostensibly for Marshall Plan anti-Communist measures in Europe, diverted to Caracas to pay for oil provided to the American war effort.”

“Indeed, Ugandan police claimed that the gold flown by two Russian aircraft in March, had United States markings. In Entebbe airport, the shipment was taken by African Gold Refinery (AGR) for 'refining' and then ’export to the Middle East.’”..."Of the two lots sent in March, the first of 3.8 tons was treated and sent out of Uganda immediately. The second of 3.6 tons were seized and impounded by Ugandan police. Apparently, President Museveni ordered the release of the gold and its trace was lost, though two tons were reportedly auctioned in Turkey."

Samuels argued, “Had the Uganda shipment been held for ‘DNA’ and routing analysis, justice may still have been done for the Venezuelan people and to the integrity of Holocaust memory.”

“Ugandan police remarked that 'the paperwork with the bars showed that they were from the 1940's. and other wtnesses claimed to have seen that many of the ingots had stamps clumsily scratched off to hide their origin.”..."We urge a full investigation into the activities of AGR and its management’s reportedly nefarious role in the theft of the Venezuelan people’s property, the dubious origin of its gold transport and involvement in a possible Holocaust travesty,” concluded Samuels.