Wiesenthal Centre to UNESCO Director-General: “Lead an Initiative – together with Like-Minded Member States – to PREVENT the Palestinian Antisemitic Resolution from coming to a vote.”

“UNESCO is becoming a tribune for the greatest antisemitic delegitimization of the Jewish people since the Holocaust.”

“The Palestinian resolution against Judaism itself is no different from ISIL”s destruction of heritage, denoted by the Director-General as 'cultural cleansing'.”

In a letter to UNESCO Director-General, Irina Bokova, the Simon Wiesenthal Centre Director for International Relations, Dr. Shimon Samuels, lamented that: “Though you have taken important steps to expand Holocaust education and contain contemporary prejudice, including antisemitism, UNESCO itself is becoming a tribune for the greatest antisemitic delegitimization of the Jewish people since the Holocaust,” adding, “Since Palestine's entry in November 2011, the World Heritage Committee (WHC) has been turned into a battlefield, redefining Jewish sites as mosques and a wishlist that impugns the integrity of the WHC as a protector and preserver of heritage.”

“Normally held at UNESCO and under its auspices, the co-organizers considered this impossible as long as the April 2016 Resolution – denying Jewish ties to the Western Wall and the Temple Mount in Jerusalem – remains unrevoked.”

“Delegations to UNESCO present – Russia, United States, Germany, Armenia and Israel – pledged to find a solution to bring this unique programme back to UNESCO.”

“A Resolution can mark the start of the killing fields.”

The university Holocaust essay competition, co-organized by the Simon Wiesenthal Centre-Europe, the Association Verbe et Lumière-Vigilance (VL-V) and the Russian Holocaust Centre (RHC), each year invites to Paris the five student winner from across the former Soviet Union.

Normally held at UNESCO and under its auspices, the co-organizer's respective Boards – including this year's new partner, Yad vaShem France – felt this to be impossible in view of the April 2016 UNESCO Executive Board Resolution denying Jewish ties to the Western Wall and the Temple Mount in Jerusalem. The event was thus moved to the Paris Memorial to the Shoah.

“The antisemitic disease afflicting your Party warrants diagnosis, prognosis, treatment – even surgery – and eventual prophylaxis… not satisfaction in the vapid self-serving exercise of a so-called 'investigation into antisemitism in Labour'.”

“Without more serious further measures, Labour will be rendered ‘Judenrein’ (purged of Jews) – the first such party ever,since Britain’s victory over Nazism.”

The letter duly noted Burnham's own published comments: “How did it get to this far for Labour and the Jewish community,that it feels so alienated from the Labour Party?”... “Antisemitism is repugnant, unacceptable and scars our society... Political action is needed to tackle the roots of prejudice and hatred.”

Scandinavian Premiere of “People, Book, Land: The 3,500 Year Relationship of the Jewish People with the Holy Land”

The Wiesenthal Centre sponsored Exhibition, "People, Book, Land: The 3,500 Year Relationship of the Jewish People with the Holy Land" this week ended its display in the medieval town hall of Copenhagen.

Following its Paris UNESCO launch in June 2014, the Exhibition was shown in at New York UN headquarters, the U.S. Congress, the Israeli Knesset (Parliament), the Vatican, Montenegro and Albania.

The Scandinavian premiere opened in Copenhagen on 6 June as an initiative of a consortium of Danish Christian groups in support of the State of Israel. 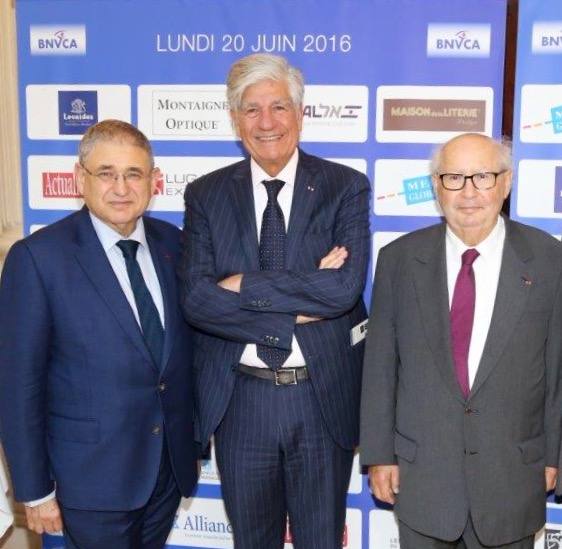