**UPDATE**Following correspondence between Dr. Shimon Samuels, the Simon Wiesenthal's Centre's Director for International Relations and Professor David Zeffertt and his publisher, Dr. Samuels and the Centre retract the description of his book, "To the Ancient Land", appearing in its 14th annual report from the Frankfurt Book Fair.The several testimonials from friends of the Centre regarding the character, background and good faith of  Professor Zeffertt, were enough to substantiate his complaint.He is clearly a proud and devout Jew and Zionist. All references to his book have been removed from our website and an apology has been proffered to Prof. Zeffertt.

For the 14th year, the Simon Wiesenthal Centre is the only non-governmental organization to monitor antisemitic hate and incitement to violence on the stands of the Frankfurt Book Fair, (FBF), the world's largest with over 7,000 exhibitors from more than 100 countries. Continuing its cooperation of last year with the Wiesenthal Centre, on the 18 October eve of this 2016 Fair opening, the FBF authorities made a sweep, confiscating several clearly antisemitic titles from stands identified as violating their exhibitors’ contractual commitment against incitement to hate or violence.

“The Tsarist Russia forged claim of a Jewish conspiracy for global domination, ‘The Protocols of the Elders of Zion’, was highlighted at the 2015 Sharjah International Book Fair (SIBF).”

In a letter to UNESCO Director-General, Irina Bokova, the Simon Wiesenthal Centre Director for International Relations, Dr. Shimon Samuels, expressed surprise that “UNESCO had accepted to be the Honoured Guest of the 2016 Sharjah International Book Fair (SIBF) opening on 2 November."

Samuels, currently attending the Frankfurt Book Fair, explained that “The Simon Wiesenthal Centre annually monitors hate on the shelves of six Arab Book Fairs and at Frankfurt in cooperation with the latter authorities. These included Sharjah and its other United Arab Emirates neighbours.” 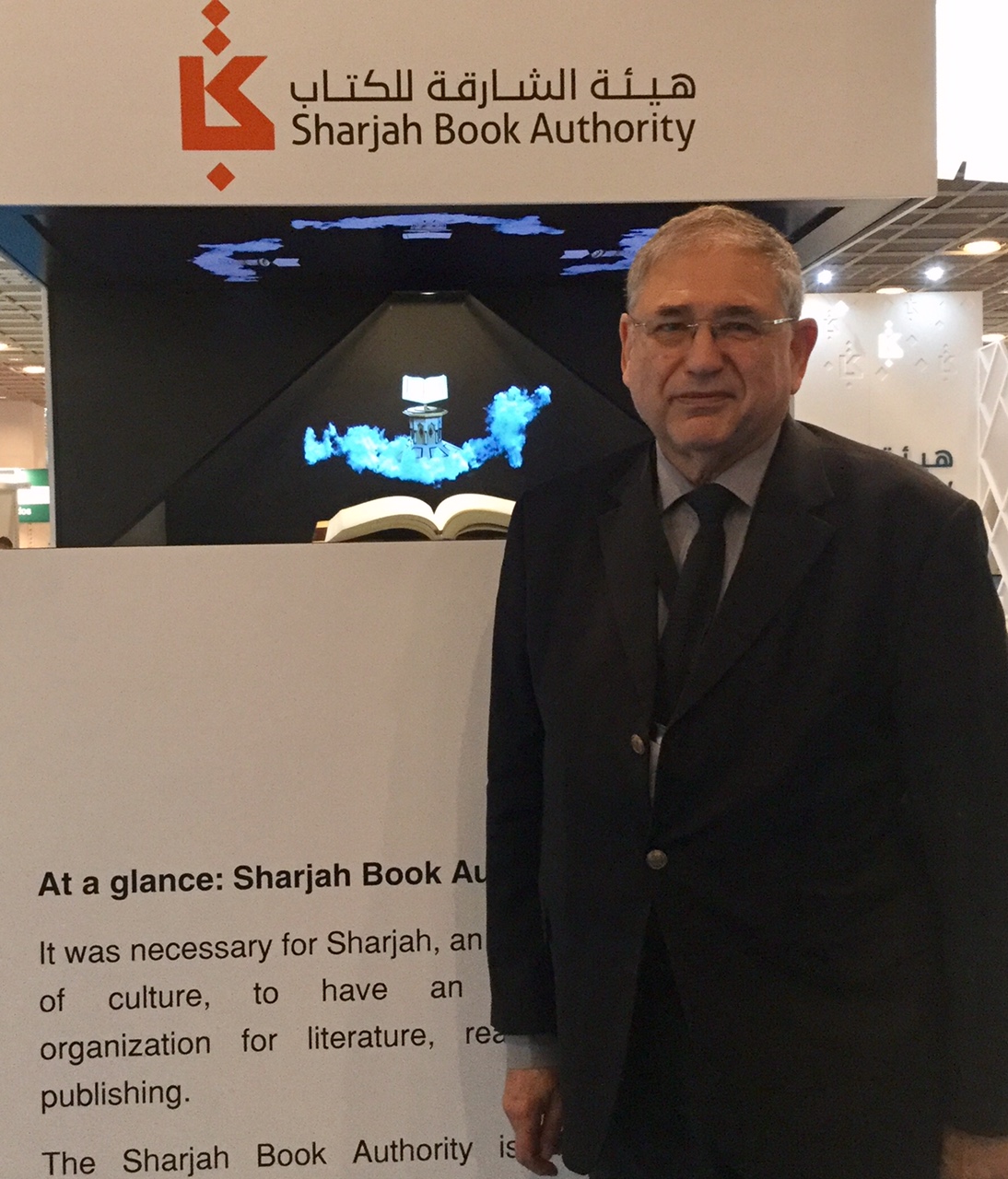 Shimon Samuels at the Sharjah Stand

“Palestinian demand for Israeli Expulsion from FIFA on forthcoming Executive Board agenda.”

“FIFA must not be associated with this constant abuse of football in the service of terrorism.”

In a letter to FIFA (Federation of International Football Associations) President, Gianni Infantino, Simon Wiesenthal Centre Director for International Relations, Dr. Shimon Samuels, noted that “PFA President Jibril Rajoub demands the expulsion of the Israel Football Association (IFA), if it does not disqualify six Israeli teams over the 1948 cease-fire lines between Israel and Jordan, commonly known as the 1967 green line.”

Samuels thanked Infantino for his response to our continuing concern at agitator Rajoub’s politicization of FIFA. The organizaion's 3 August letter “reassured the Centre that: “FIFA expects its Confederations and Member Associations to comply with the principle of neutrality in matters of politics and religion and to avoid any form of political interference. Please rest assured that FIFA upholds these and on the basis of the FIFA Statutes, we will continue to promote friendly relations between our member associations (cf. article 5 of the FIFA Statutes) and will continue to take a clear stance against discrimination of any kind (cf. article 4 of the FIFA Statutes).”

Read more: Football in the Service of Terrorism –...

15 Years since Durban at the United Nations Human Rights Council

The Wiesenthal Centre represented by its Director for International Relations, Dr. Shimon Samuels was invited to participate in the NGO Monitor seminar marking "15 Years since Durban: Restoring the Universality of Human Rights". The meeting was held at the Geneva headquarters of the United Nations Human Rights Council in memory of the indefatigable champion for Jewish rights, David Littman. 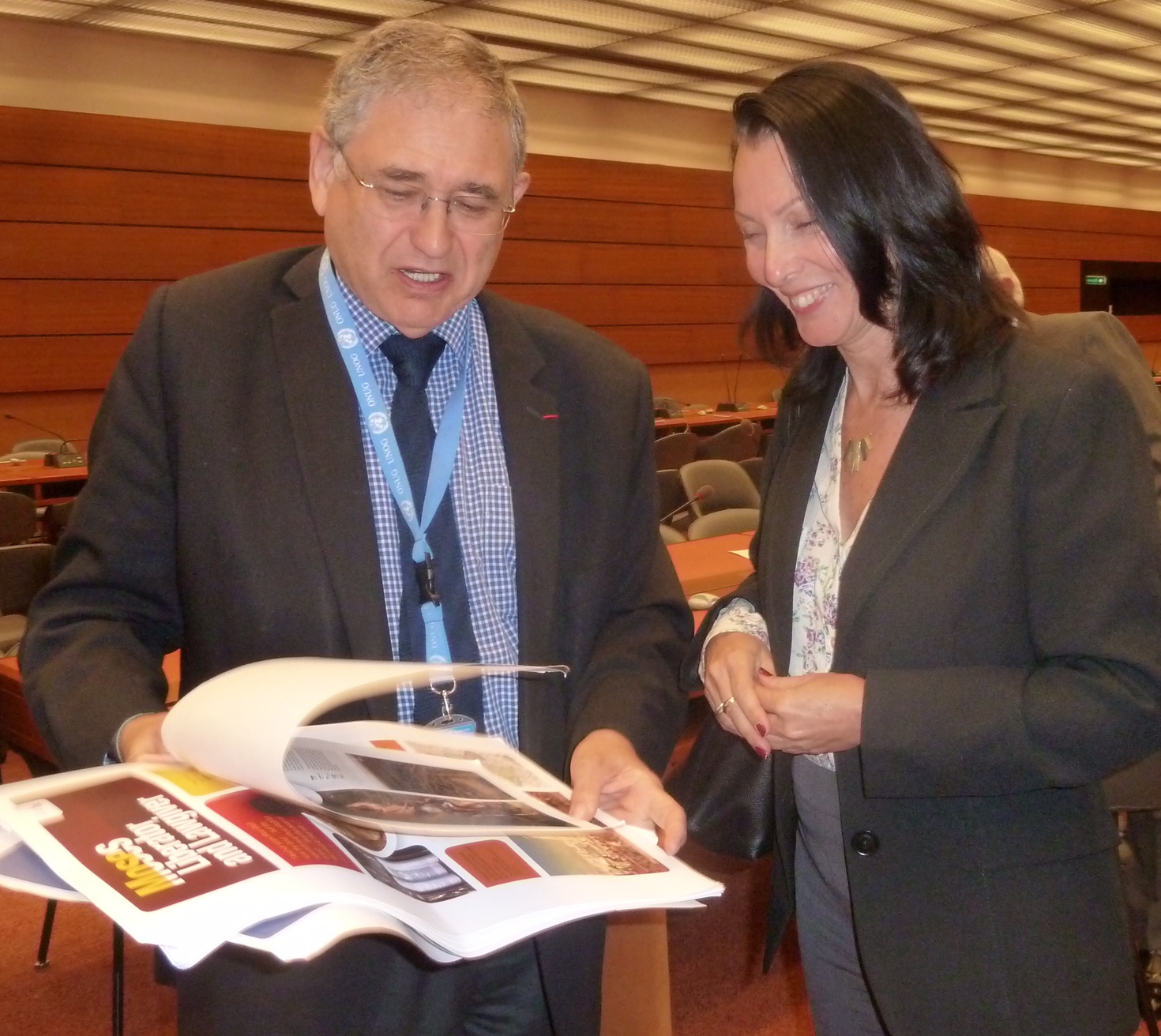 Read more: 15 Years since Durban at the United Nations...

"I salute the Simon Wiesenthal Centre representatives and assure them that they have the support of Paris in their precious work", Deputy Mayor of Paris.

At 11am on 20 September - the 11th anniversary of Simon Wiesenthal's death - the City of Paris inaugurated Simon and Cyla Wiesenthal Square, in the presence of their daughter, Paulinka Wiesenthal-Kreisberg and her family. They were joined by some 120 survivors, resistance fighters, city officials, diplomats, religious and community leaders, and members of the Simon Wiesenthal Centre-Europe. 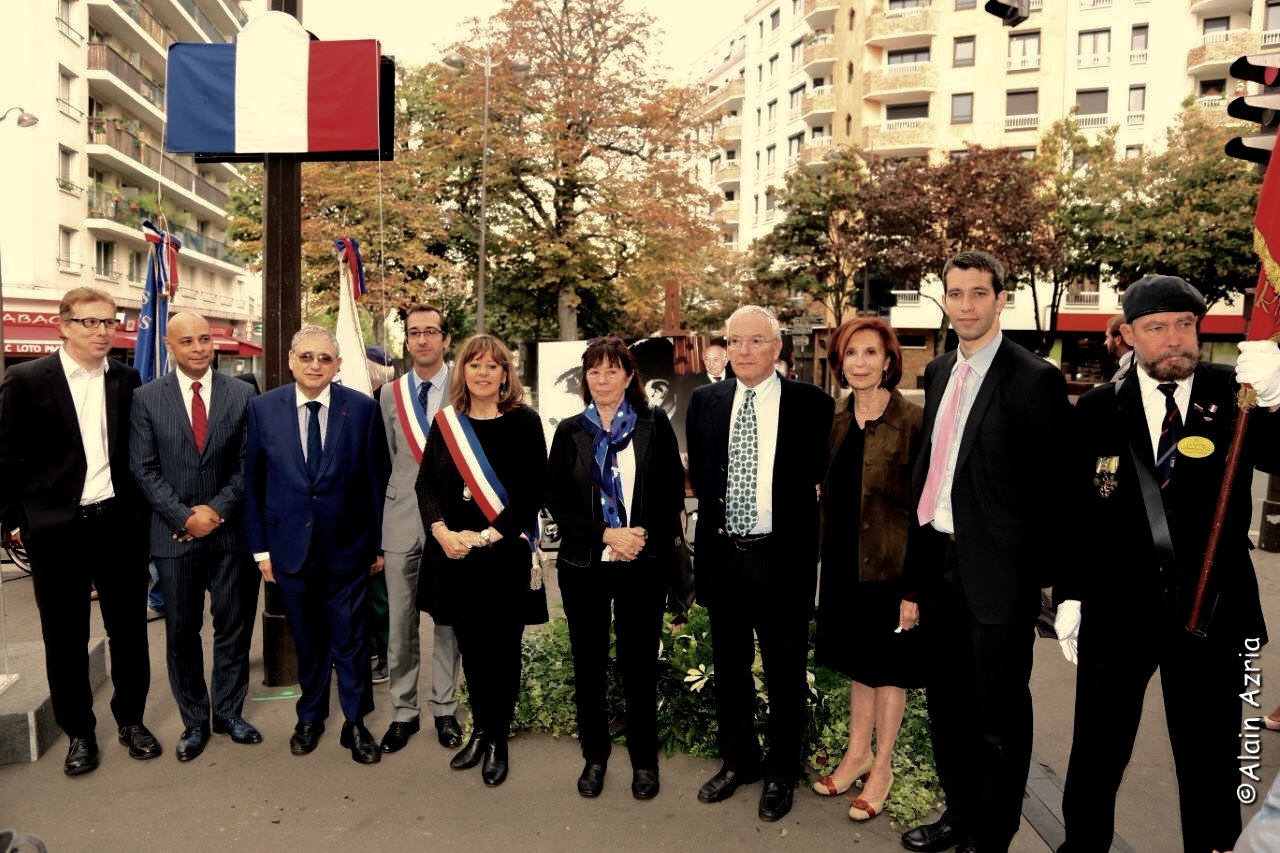 The Simon and Cyla Wiesenthal Square was inaugurated in the 10th District of Paris. The gathering was addressed by 10th District Mayor Remi Feraud, Deputy Mayor of Paris Catherine Vieu-Charier and Wiesenthal Centre Director for International Relations Dr. Shimon Samuels.