Remembering the Jews of MENA on Holocaust Remembrance Day

This article was written following a Zoom meeting with 184 Iraqi Jews worldwide, on the occasion of the Annual Commemoration of the Baghdad Hangings (27 January 1969) - organized by the Community of Babylonian Iraqi Jews of Montreal - including heart-rending testimonies of witnesses of the 'Second Farhud' (violent dispossession).
See more on: https://www.youtube.com/watch?v=R0Y_Jj3QCGo&feature=youtu.be

On this Yom Ha’Shoah / International Holocaust Commemoration Day on January 27, we should contemplate what the fate of MENA Jewry would have been had German general Rommel won the Desert Campaign. 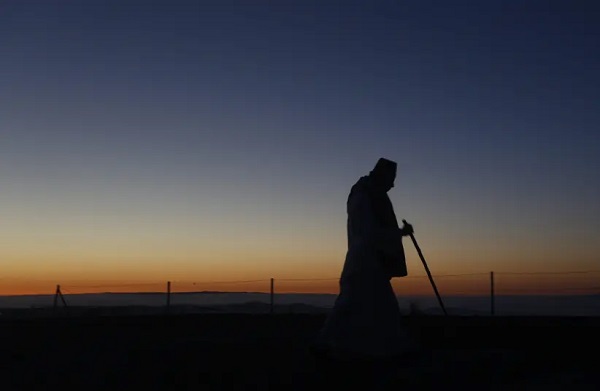 In the spirit of the Abraham Accords, there is a growing interest in the Holocaust and its impact on the Jews of MENA (Middle East/North Africa).

On this Yom Ha’Shoah / International Holocaust Commemoration Day on January 27, we should contemplate what the fate of MENA Jewry would have been had German general Rommel won the Desert Campaign. Would the Mufti Haj Amin al Husseini’s calls for Nazi Germany’s extermination of the Jews have been activated across the Arab world, despite the stories of protection from Vichy by Moroccan King Mohammed V and Tunisia’s Moncef Bey?

Italo-German occupied Libya was a story of deportation persecution. Even after the Allied victory, a November 1945 pogrom in Tripoli killed 130 Jews (36 of them children), destroyed five synagogues and plundered most remaining homes and businesses.

In brief, the Jews of French North Africa, Syria and Lebanon and the British mandates of Palestine and Iraq, and even – until the British/Soviet invasion – the millennial community of Persia (Iran) were all in danger.

On June 1, the United Nations will mark the 80th anniversary of the Farhud (violent dispossession in Arabic) in Iraq. The pogrom was orchestrated by Rashid Ali al Gaylani, a pro-Nazi antisemite, who fled to Germany after the return of British forces. Hitler dubbed him “head of the Iraqi government in exile.” The pogrom in Baghdad and Basra left 600 dead, hundreds raped and beaten – with the corpses dumped in a mass grave.

Following the 1948 establishment of Israel, most of MENA Jews were expelled or fled – many to France, the United States and the United Kingdom, but most to Israel. In the case of the 2,600-year-old Iraqi Jewish community, most left for Israel as a realization of the Biblical prophecy, “By the waters of Babylon we laid down and wept as we remembered Zion.”

Of the 120,000 Iraqi Jews, some 2,000 remained in Iraq, becoming a target of the Baathist coup d’état in 1968. The Jewish community was accused of “treason and collaboration with the Zionist enemy.”

On January 27, 1969, nine Jews were charged with espionage for of Israel (together with three Muslims and two Christians) and were hung in a public execution in Baghdad. 500,000 Iraqis were, reportedly, bused in to dance around the corpses. Another three Jews were executed on August 26. Baghdad Radio broadcast, “We hang spies, but the Jews sacrificed Christ.”

At the time, this writer was on the staff of the Foreign Policy Research Institute of the University of Pennsylvania. The Institute’s president, ambassador Robert Strausz-Hupé, requested from the late director, Harvey Zuckerman and myself a summary for then-secretary of state William Rogers. Within hours, his release hit the press: “Iraq’s actions are repugnant to the conscience of the world.”

The Holocaust-related background of incoming Secretary of State, Antony Blinken, will surely help sensitize the new US administration to this story on this year’s January 27.

The writer is Director for International Relations of the Simon Wiesenthal Centre.