Wiesenthal Centre to Mayor of Paris: “Clean Up Pandemic of Antisemitic Stickers!”

“A sticker virus spreads hate across the city.”

The letter stressed that, “many of the stickers call for ‘Separation between the French State and CRIF’ (the French Jewish Leadership Council). Others, equating the State of Israel with Nazi Germany, cover lamp posts.” 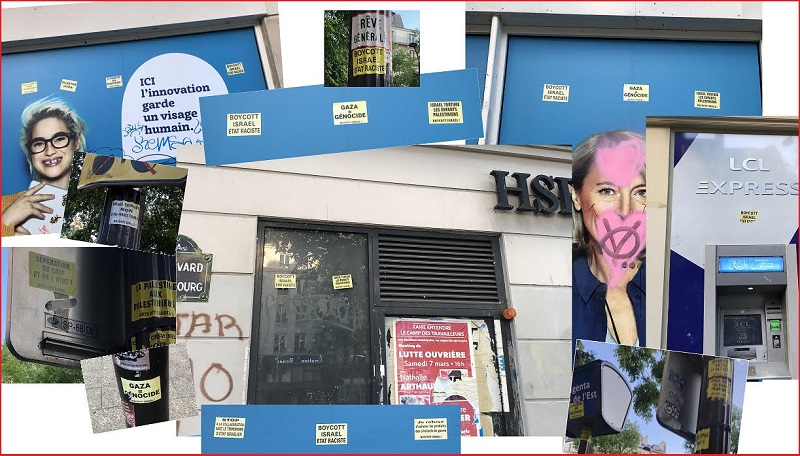 Read more: Wiesenthal Centre to Mayor of Paris: “Clean Up...

“What is deemed by our constituency as attacks on a cardinal ethic of Judaism will be construed as an assault on the Jewish people.”

In a letter to Advocate Steven Svoboda, Executive Director of Attorneys for the Rights of the Child (ARC), the Wiesenthal Centre Director for International Relations, Dr. Shimon Samuels, protested ARC’s campaign to ban “Brith Mila” Jewish circumcision and “requested Svoboda's comments on our references below.

France: Pandemic, Jihadists, Police Ramming... All in the Name of Palestine!

The Paris suburb of Colombes has seen violence over the last weeks, directed at police, in clashes demanding an end to lockdown.

Since 2015, it came under threat of Jihadist attacks.

Wiesenthal Centre Director for International Relations, Dr. Shimon Samuels, noted that, “yesterday, in the same suburb, a 29 year old resident rammed his car into two motorcycle police officers... With a knife found in the car, the driver claimed he acted ‘for the cause of Palestine’.”

“Statements broadcast on social media, such as last week’s French Ambassador at the UN Security Council warning to Israel – if it moves to annexe areas of the West Bank populated by Israelis –, may have aroused youth in Paris to attack French traffic police ‘in the name of Palestine’.”

The perpetrator was arrested and awaits trial. Both policemen were wounded, one in the head, the other in the stomach and legs.

Blog by Dr. Shimon Samuels published in The Times of Israel
23 April 2020
https://blogs.timesofisrael.com/the-new-version-of-the-lutheran-new-testament-is-not-good-news-and-should-be-called-out-by-all-christians-as-fake-news/

In the early 16th century, Martin Luther – a German priest and leader of the Protestant Reformation – led a call for pogroms against Jews and synagogue desecration.

In the 1990s, the Lutheran Church belatedly condemned the antisemitism of its founder. A pale rendition of the Catholic ‘Nostra Aetate’.

Read more: The new version of the Lutheran New Testament is...

This was based on the original English version from “Success Archive” (broadcast on 25 March), based in Romania, again through Youtube
(see link:https://www.youtube.com/watch?v=GPAG9oT34Wo).