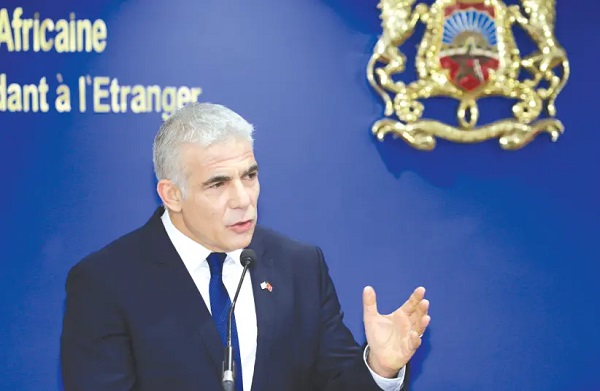 In 1870, the Crémieux Decree granted French citizenship to the entire Jewish community of Algeria. The intent was forceful acculturation and assimilation. The Jews were thus freed from their status of “dhimmi” subjects, but the change led to resentment and pogroms from “indigenous” Algerian Muslims, as also from many French colonists.

Although Sultan Mohammed IV published a dahir (decree) in 1864 granting Jews in Morocco equal rights, they still remained victims of recurrent harassment and pogroms by Arabs. With the establishment of the French Protectorate in 1912, Moroccan Jews were not granted French citizenship as in Algeria, but the urban communities managed to obtain some form of emancipation and maintained a favorable rapport with the successive sultans.

In World War II, both Algeria and Morocco came under the control of France’s Vichy regime, which was collaborating with Nazi Germany. The difference was the protection of Moroccan Jewry by Sultan Mohammed V, grandfather of today’s King Mohammed VI.

While Israel recognized independent Algeria in 1962, it was not reciprocated but promptly rebuffed, and a majority of the Jewish community fled to France. Algeria sent a detachment of aircraft and troops against Israel in both the Six Day War and the Yom Kippur War.

After World War II, many of the Moroccan Jews went to France, even more to Israel, but most had left still bearing a reverence for the king of Morocco who had saved them from the Shoah.

To date, there are less than 100 Jews in Algiers, Constantine and Oran, while there are over 2,000 Jews in Casablanca, Fez and Marrakesh.

Thus, the ground was fertile for Morocco’s acceptance of the Abraham Accords, which brought to Rabat a major prize: recognition by Trump’s United States of Morocco’s sovereignty over the purportedly oil-rich and strategic territory of Western Sahara, to the chagrin of Algiers, that backs the local Polisario Front in a proxy war.

Algeria now claims that “Israel supports Moroccan colonization of Western Sahara, as a copy of the ‘Jewish occupation of Palestine’.”

Fake news examples of the role of Israel in the Algerian-Moroccan conflict can be found in Algerian media, such as the French-speaking Le Jeune Indépendant (The Young Independent) and the Algerian Press Service (APS).

The first was at the origin of the hoax that claimed this summer’s wildfires throughout Algeria were provoked by “enemy drones,” namely US-built drones “provided by Israel to Morocco” that were “then given to the Kabylie anti-Algerian group MAK to set fire to Algeria’s forests.”

The correspondent, an anonymous Mohamed K., speciously identifies the small Tikad-17 quadcopter (capable of carrying a light firearm) as a drone armed with a flamethrower. In fact, the drone is too small and unequipped for that role.

This allegation was picked up by social media and even some press outlets, without caring to verify its plausibility.

Concerning the Algerian Press Service (APS) article on “the Zionist entity and how Morocco is thwarting Algeria in Africa,” it associates the Abraham Accords as nothing more than lobbying steps by Morocco to consolidate its control over Western Sahara – with Israeli and US support – and likewise, “the Zionist entity’s” campaign to return to its observer status within the African Union – with the support of Morocco and some sub-Saharan states.

Algeria, claiming to be “the defendant of the Palestinian and the Polisario causes,” denounces the Moroccan-Israeli alleged “collusion in escalating the Western Sahara and Kabylie crises.” Algeria’s traditionally tense relationship with Morocco now seems utterly broken. The Organization of Islamic Cooperation, the Arab League and Saudi Arabia are attempting to “resolve” the dispute.

In fact, apparently frustrated and contemptuous toward the Arab-Israeli normalization process, Sunni Algeria seems willing to play a role as “alternative broker” for Syria, the Houthis and the Palestinians, and is apparently getting closer to Shi’ite Iran. None of the Abraham Accords stakeholders view such development positively.

Foreign Minister Yair Lapid recently visited Morocco, to arrange the opening of embassies and fostering diplomacy. One year after its seminal start, may the Abraham Accords prevail and bear fruit!

Shimon Samuels is director for International Relations of the Simon Wiesenthal Center, and Alex Uberti is an independent consultant on Strategic Studies