The "International Congress Shield” and Antisemitism in Ukraine?

“Daher’s presence on the Internet is replete with charitable activity through the ‘International Congress on Protection of Rights and Freedoms of Citizens’, yet apparently contains outrageous images propagating antisemitism,” argued Samuels. 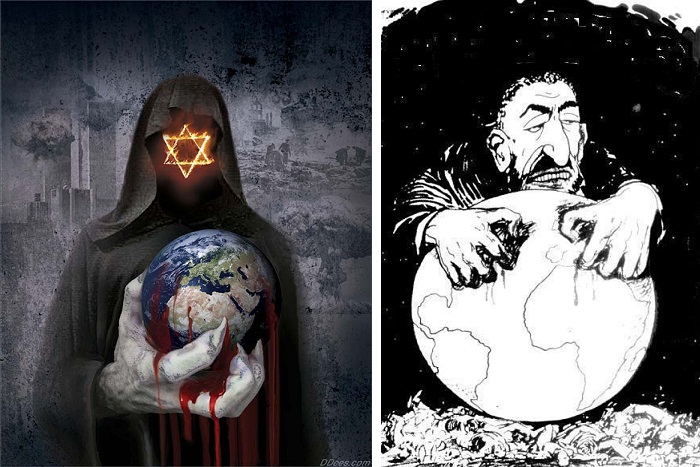 Images posted on "Assalam News", which appears to be Daher's news portal.
<http://assalam-news.com/ar/2019/09/22/7852/?fbclid=IwAR0H5mLaBvhlEVr6PK_MeUJGeMSDcZTe6UPoob8ZUofwSsupRs6f5RID9Rg>

"On 22 September 2019, Daher reportedly blamed Zionism for World War I and World War II and, if not stopped in time, for a World War III," Samuels added, “The article allegedly attributed to Daher, proclaims that ‘the Jews control the world and conspire against it,’ buttressing this calumny by quotes from the notoriously antisemitic Henry Ford book ‘The International Jew’ and publications by William Guy Carr, Marcus Eli Ravage of the French journal of 1929 ‘La Vieillle France’ and other related sources, regurgitated from Nazi German propaganda until the present.”

(translation from the Russian):
"The Embassy of the state of Kuwait in Ukraine, the embassy of the Vatican in Ukraine and the OSCE mission in Ukraine expressed their commendation and respect for the ‘International Congress for the protection of the rights and rights of citizens - Shield’ for holding the international conference in Odessa ‘the situation of refugees, immigrants and persons without citizenship in the world - Ways to solve this problem’. 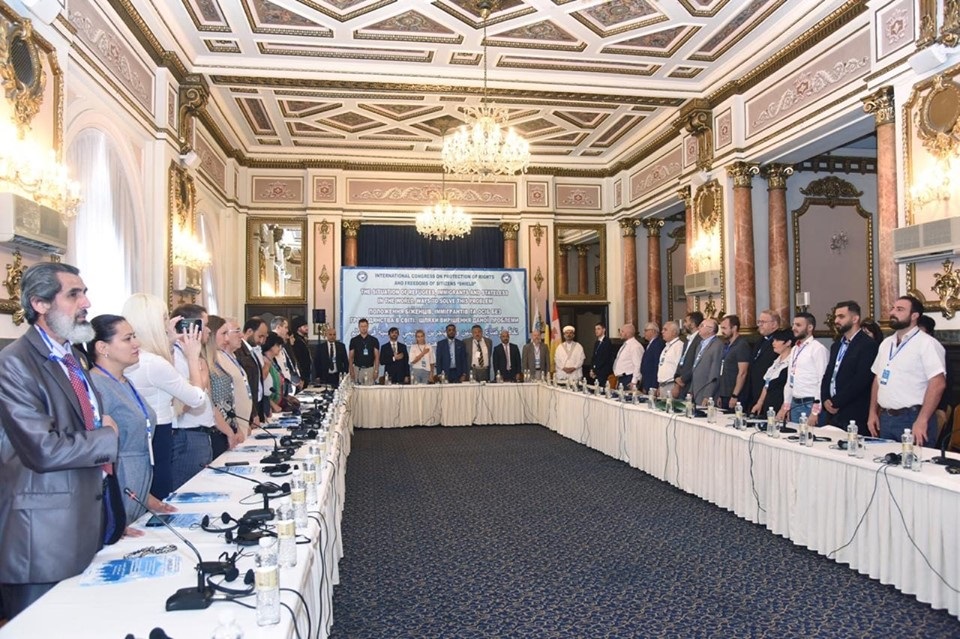 The letter stressed the luxuriousness of the Conference Hall.

- He studied journalism at Damascus University and founded the International Union of Journalists and Writers
- He founded the “International Charity Foundation Assalam” and is Chief Editor of the newspaper "Assalam" and leads its charitable programme
- He is “Professor of Law” and “Director of the Center for International Relations with the Middle East” at “the International Personal Academy” of Valery Osipov
- He is “Ambassador for World Peace of the Government of World Citizens for Universal Human Rights (Washington D:C:)”
- A member of the “General Union of Palestinian Journalists and Writers”
- Vice President of Qatari publishers “Arab Nation”
- A member of the “Public Council of the Ukraine Ministry of Culture”
- Honorary President of the “Victoria Association of Judo”
- Head of the “Foreign Affairs Department” and Lieutenant Colonel of the “All-Ukrainian Cossack” troops
- President of the “Union of Arab Public Organizations of Ukraine”... et alia.

The Centre called on President Zelinsky to examine “How does such a self acclaimed multi-faceted ostensible champion for human rights, anti-corruption and activist for migrant absorption, clearly sympathetic to the Palestinian and other Arab causes - himself a respected success as a refugee in Ukraine - how does such a hero of so many campaigns allegedly propagate antisemitism?”

Samuels urged the President “to reveal for the Jewish world and the general public:
- The real status of Mr. Saleh Daher Muhamed in Ukraine.
- How are the purportedly immense charitable activities of Mr. Daher financed and how audited.”

“We would hope that his important philanthropy be hate-free,after making a public apology for his derisive slander of the Jewish people,” concluded Samuels.