“Is it Spanish policy to promote the deletion of the Jewish State of Israel to be replaced by a State of Palestine?”

“ 'Andalucia and Palestine': for any Jihadist in the audience is  a call for reconquest of the lost territories of the Caliphate.”

1.- From 3 December, the Autonomous University of Madrid's Economics Faculty has displayed an exhibition that included egregious anti-Jewish language and tropes of the type condemned by the European Union Working Definition of Antisemitism and the Organization for Security and Cooperation in Europe's Berlin Declaration, both issued in 2004. Spain, of course is a State party in both cases.
See three examples in the photo attachments:

a) the late Israeli Prime Minister, Ariel Sharon, is attributed a fabricated unsourced quote paraphrased from the Nazi period: 'I do not recognize international principles. I swear to burn every Palestinian child born in this area. The Palestinian woman and child are much more dangerous than the man, as the existence of a Palestinian child impacts on future generations, while the man causes more limited damage.'

b) a stylized Nazi swastika covers the map of Israel.

c) "the wall continues its route, enclosing more than 2 million persons in ghettos or concentration camps under Israeli control...”

Samuels noted that, “following complaints, the University promised to immediately remove this 'exhibition,' but did not comply.”

2.- 29 November until 1 December In Malaga, was convened the International Conference of Local Government and Civil Society Organizations in Support of Palestine, coordinated by FAMSI (Andalusian Fund of Municipalities for International Solidarity subsidized by AECID), the UN Division for Palestinian Rights and the Al Quds Association.

Samuels stressed that, “in fact, this forum planned the international Boycott, Divestment, Sanctions (BDS) campaign for 2015 against the State of Israel. There we learned of forthcoming BDS motions to be presented at the American Anthropological Association and the American Historical Association.”

He added, “we were sickened to hear that boycott compliant Universities were to be honoured as 'Israel Apartheid – Free Campuses' and municipalities would extol compliant shops and businesses as “Israel Apartheid-Free Zones” – redolent of the Nazi designation 'Judenrein' (ethnically cleansed of Jews).”

The report highlighted one representative who was asked why her leader was seen wearing a kippa? Her reply: “to avoid being accused of antisemitism.”

The Centre viewed this as evidence that “the participants knew too well the true nature of their aims.”

The same speaker continued: “We can not accept the two-state solution as we are close to Hamas' one man one vote policy. Together with its exiled base of consensus this means the return of all refugees, the restitution of all the land, resulting in one Palestinian state.”

Israeli Arab Knesset(Parliament) MP Muhammad Barakeh – the very example of Israel's democracy - who claimed “Israel has never been democratic... We are the only natives of this land.”

Palestine BDS Coordinator, Mahmoud Nawajaa: “Israel is committing crimes not only against the Palestinian people, but against the entire human species... All settlements are illegal, even from before 1967, so all Israeli products must be boycotted.”

Most indicative was a Brazilian militant who neatly summed up the conference: “BDS is not an alternative to other forms of resistance, but complementary.”

Samuels questioned the Minister: “Is it Spanish policy to promote the deletion of the Jewish State of Israel to be replaced by a State of Palestine?”, adding, “if your reply is negative, why should Spanish tax-payers fund measures to that end?”

The Centre had learned that, “FAMSI plans to replicate these Spanish conferences in a Latin American and Asian itinerary to be coordinated with the World Social Forum at its United Cities and Local Governments Conference in Tunis, next March,” and challenged Madrid whether “the Foreign Ministry will co-finance that programme also?”

The report pointed to a Malaga and Seville conference document, which is entitled “Andalucia con Palestina” (Andalusia with Palestine), commenting, “for any Jihadist in the audience, this is the call for reconquest of the lost territories of the Caliphate.”

“That fate surely can not be Spanish policy”, concluded Samuels. 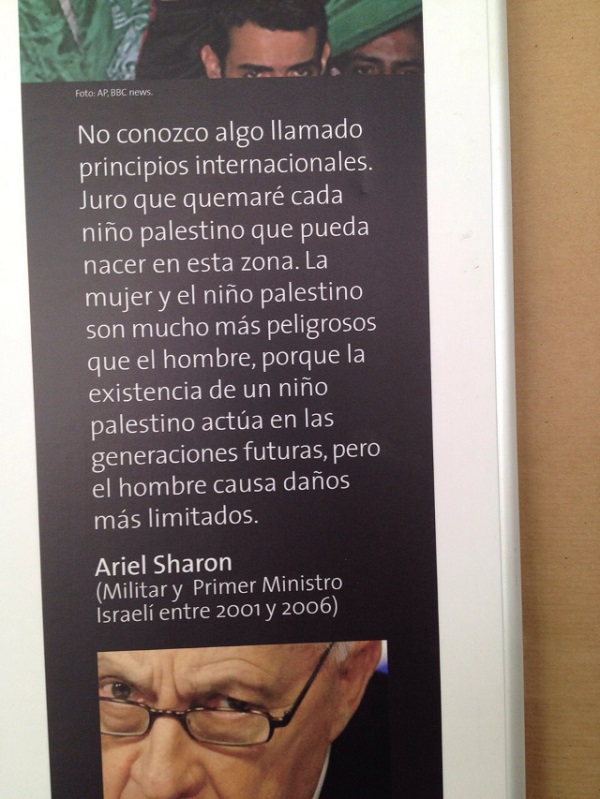 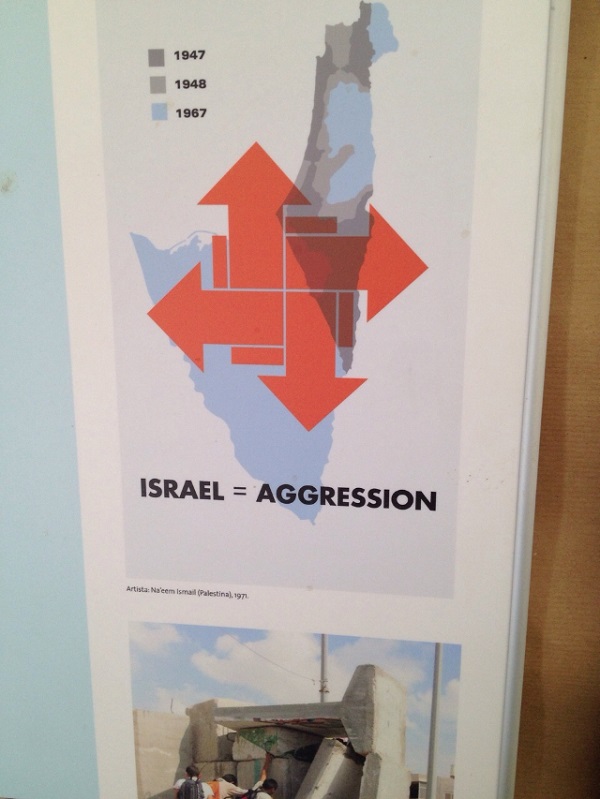 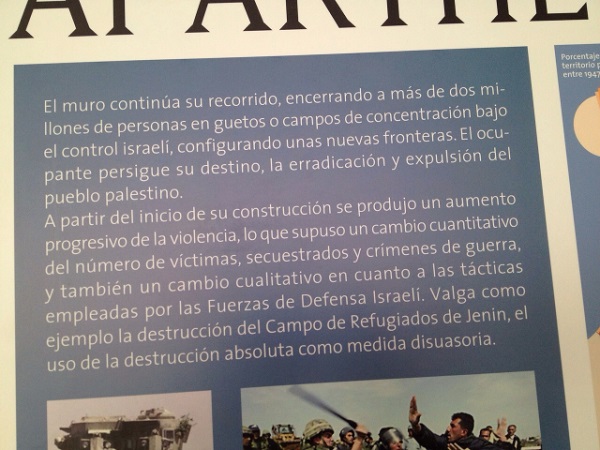 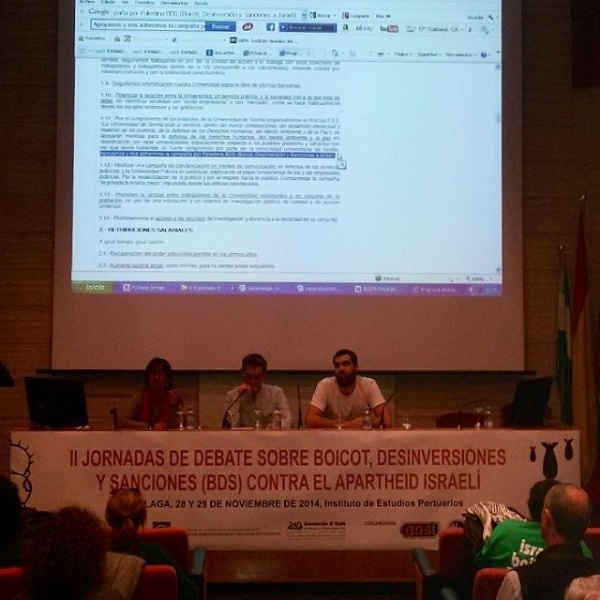 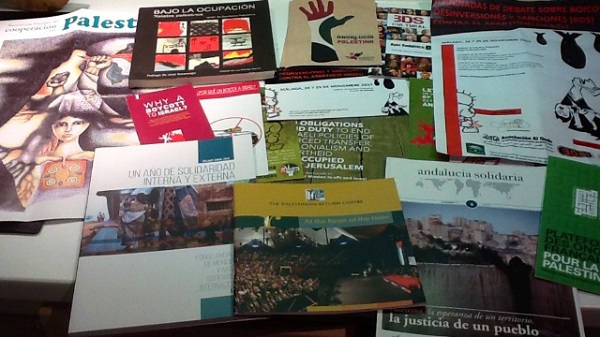 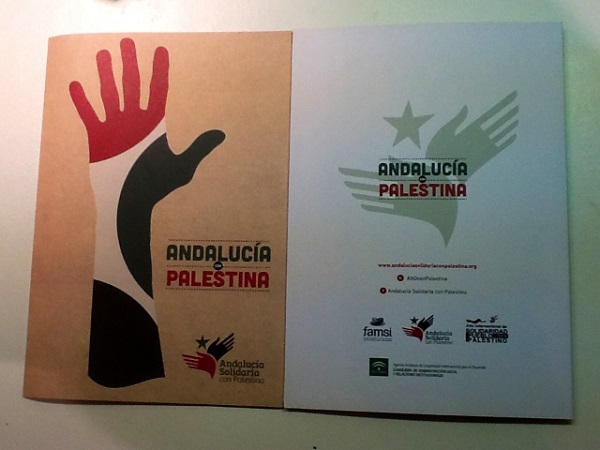