The Annual CRIF (Representative Council of French Jewish Institutions) dinner is usually attended by the President of France. On 24 February, President Macron was unable to attend, due to an emergency European meeting on the Ukraine/Russia crisis.

Castex then took the podium to apologize for President Macron’s absence, then following with a powerful praise of Israel. 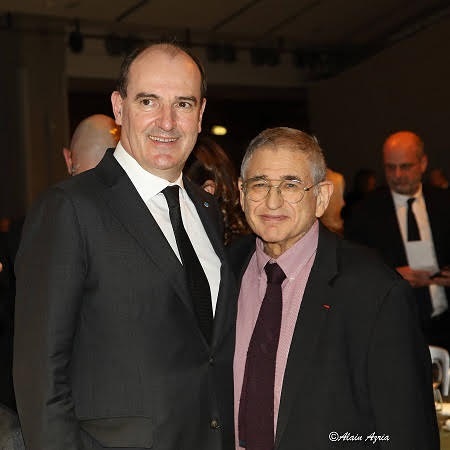 Four days later, in a Parliamentary session on Ukraine, again outstanding he stated:
“Putin lied to President Macron...
He lied to the international community...
He lied to his own people...
President Zelensky is not a neo-Nazi...
But Putin is a liar.”

Samuels then discussed with French Interior Minister, Gerald Darmanin, the issue of physical insecurity of Jewish institutions in France: synagogues, schools, cemeteries and other community institutions. Samuels raised the importance of the IHRA Definition of antisemitism as an instrument for wider adoption. 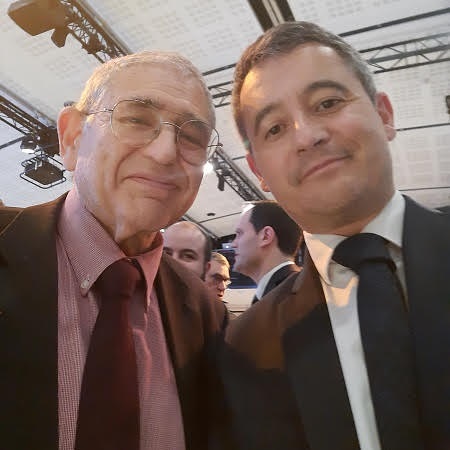 The following day, on Friday 25 February, came a case in point. In the lead up to elections across France on 10 and 24 April, there are often insulting graffiti. Those attacking candidate Eric Zemmour were beyond the pale:
- “Dirty Jew” splashed over the poster “Eric Zemmour 2022” and his party slogan “Impossible is Not French”;
- Another of his posters was painted “Public Urinal for Profit.” 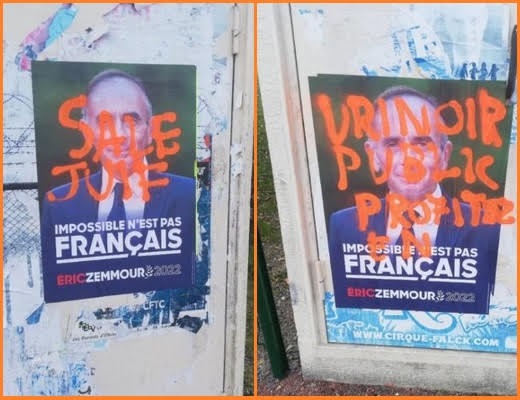 Zemmour, a journalist from an Algerian Jewish family, is a questionable candidate for President of France. He is unacceptable to the mainstream Jewish voter, in view of his comments exonerating the Vichy Nazi collaborator, Marshal Petain.

He also insists that of the over 70,000 Jews deported to their deaths, most were foreigners, downplaying the relevance of the Shoah for France.

“Despite Zemmour’s other hateful positions, an antisemitic attack on him cannot be acceptable... It is ironic that such inscriptions were found in the outskirts of Vichy,” concluded Samuels.