Durban II in 2009 – held in Geneva – and III in 2011 – in New York – were opened by then Iranian President Mahmoud Ahmadinejad, a recidivist Holocaust denier and an arch-hatemonger against Jews.

Dr. Shimon Samuels, the Centre’s Director for International Relations, welcomed the fact that, “Our letter to Spain has had an effect. On 1 March, Deputies representing the Partido Popular (PP), the main opposition party in Congress, registered a written Parliamentary Question, asking the Government to state its position regarding ‘celebrating’ Durban’s 20th anniversary, and its opinion concerning the different editions from 2001 until today. The Spanish Government must present a written response.” 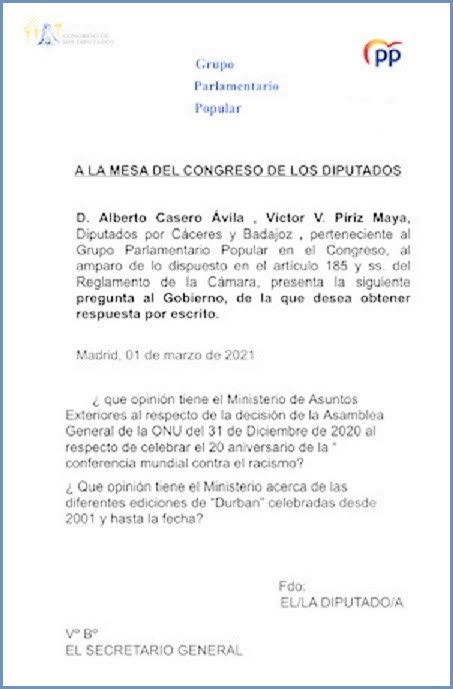 “We are eager to read the Government’s response to the question,” concluded Samuels.