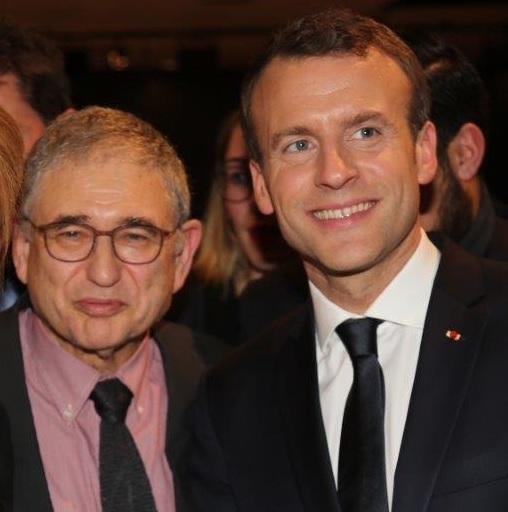 Samuels claimed that the most dangerous are the threats against the Israeli Tour de France team, “Start-Up Nation.”

A call was relayed on social media for a “sniper to target the Tour, to slaughter the wild beasts and sewer rats” … “This is language that can incite lone wolves to act as in the 2013 Boston marathon bombing, or worse, for a scenario similar to the 1972 Munich Olympics massacre.”

The letter continued, “This hate-mongering across social networks includes calls for Boycott, Divestment and Sanctions (BDS) against the Israeli team and the event, led by anarchist-communist sites, such as <infolibertaire.net>.”

Samuels urged the President “to reinforce security for the Israeli team from its opening until the end of the Tour, to ensure that no one has illusions to repeat the Munich massacre.”

The Centre also listed the composite of Jew-hatred acts in the last week alone:

- Hatred of Israel: a Strasbourg court has opened an enquiry into an attack on a young man wearing a T-shirt that mentioned Israel. The young Jewish victim, who was working for the Strasbourg Municipality, was shoved around and told by his aggressors “you are a Jew, you have no right to be here!” They then tagged “Forbidden to Jews!” on the ground.

- Historical revisionism and denial: the desecration of the Memorial Museum of Oradour-sur-Glane, that commemorates the 1944 Waffen SS atrocity in the village, where 642 men, women and children were burnt alive.

- Violence without justice: the discovery in Algeria of Franco-Algerian Houssama Hatri, condemned in France to 16 years imprisonment for his 2014 antisemitic assault and rape in Créteil. Hatri and his two accomplices had forced entry into a young Jewish couple’s apartment, threatening to stab and gas them “for our brothers in Palestine.” This recalls the escape back to Canada – after being extradited to France – of Hassan Diab, the suspect terrorist in the 1980 Paris Copernic synagogue bombing.

- Terrorism: the French abstention in the UN Security Council vote on extending the weapons embargo on Iran was disappointing, in that Tehran remains the international patron of terrorism, Holocaust denial and genocidal intent – openly expressed – against Israel and the Jews.

“Mr. President, you have taken firm positions against antisemitism and its camouflage anti-Zionism, terrorism, Holocaust denial and BDS... The exponential growth of Jew hate-mongering in France, under the cover of the virus pandemic, requires firm steps from the Elysée Palace for rapid identification, arraignment and incarceration of the perpetrators,” concluded Samuels.