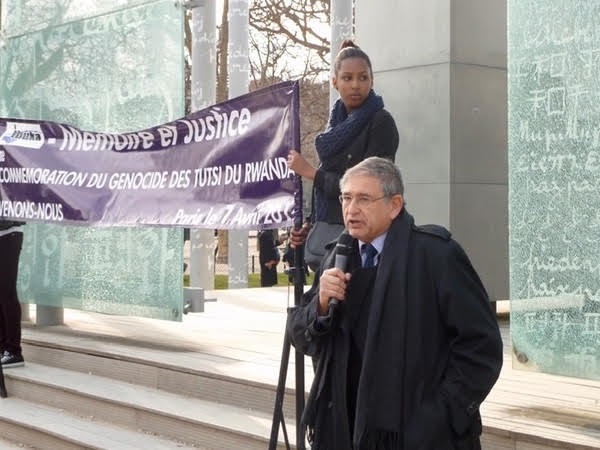 Following World War I, parts of the German African empire were mandated to Belgium. As forebears to the Nazis – both were steeped in the eugenics movement – bringing calipers to measure noses and skulls. In 1926 Rwanda/Burundi, a system of “ethnic ID cards” differentiated between Hutus and Tutsis. This racial classification was a factor that bore the seeds for mass murder.

In Nazi Germany, the Jews were called “vermin,” Sixty years later, in Rwanda, Tutsis were described as “cockroaches.”

The 100-day slaughter left almost a million murdered by machetes supplied by China... a low-tech genocide conducted through the radio.

“Invited by the Rwandan government, under UN auspices, a group of intergenerational genocide survivors – American indigenous, Armenians, Cambodians and, of course, Jews and Rwandans, sat in a circle in the twilight of Kigali, each presenting their stories... There was no pecking order of suffering, just perfect sympathy,” recalled Samuels.

He added, “a few months later, my colleague – our Nazi-hunter – Dr. Efraim Zuroff, was invited as an advisor for the victims on bringing perpetrators to justice.

“From Paris, we proposed – as in the case of Auschwitz-Birkenau – that the preservation of the hecatomb of Morombi site be granted UNESCO World Heritage status.”

“At our 2008 UNESCO conference on the 70th anniversary of ‘Kristalllnacht,’ a keynote speaker on atrocities in Rwanda was Assumpta Mugiraneza of Kigali University... Annually, on 7 April, our Centre is invited to address the IBUKA commemoration ceremony in Paris,” related Samuels.

“To learn now that the Belgian Commission on its Colonial Past has Genocide deniers on its Board is an outrage,” stressed the Centre, adding, “these apparently include founders of the anti-Israeli ‘Vlaams Palestina Komitee’ (Flemish Palestine Committee). Another has reportedly tweeted antisemitic statements.”

“Jews combat ‘Holocaust denial’. We are behooved to join IBUKA against ‘Genocide denial’ for the survivors and to ensure that our mutual victims are not murdered twice,” concluded Samuels.