“Jihadism is not a malady, it is a fatal virus!”

In a letter to French Interior Minister, Christophe Castaner, the Simon Wiesenthal Centre Director for International Relations, Dr. Shimon Samuel, commended his “immediate visit to the scene of the stabbings in Romans-sur-Isère”... and his reference to the Sudanese suspect’s “terrorist background,” adding, “we hope that your comment will prevent the lengthy psychiatric examinations following the murders of Sarah Halimi and Mireille Knoll, in the former case closed on the basis of the perpetrator’s ‘lack of self-control due to the use of narcotics'.”

The letter continued, “it is horrific to wake up on Saturday morning, leave the safety of quarantine to buy food, arrive at the shop still in fear of the epidemic... and to be stabbed!”

The 33-year old Sudanese asylum seeker came to France in 2017, was given a 10-year residence permit and supported by the Secours Catholique to be trained in leatherwork, which gave him a job in a local factory.

Yet, a search of his apartment revealed, according to the police, “handwritten letters complaining that he lived ‘in a country of sinners’.”

His Saturday morning stabbing spree in a tobbaconist and butcher near his home killed two – one who was shielding his 12 year old “sinner” son – and wounded five others – two of whom remain in serious conditions.

Samuels argued that, “the police have described these as ‘killings and attempted killings connected to a terrorist organization’ and ‘a criminal terrorist conspiracy.’ Thus, it is not considered as a lone wolf action... It is possible that the perpetrator – and perhaps accomplices – are without prior records known to the police in France or elsewhere in Europe.” 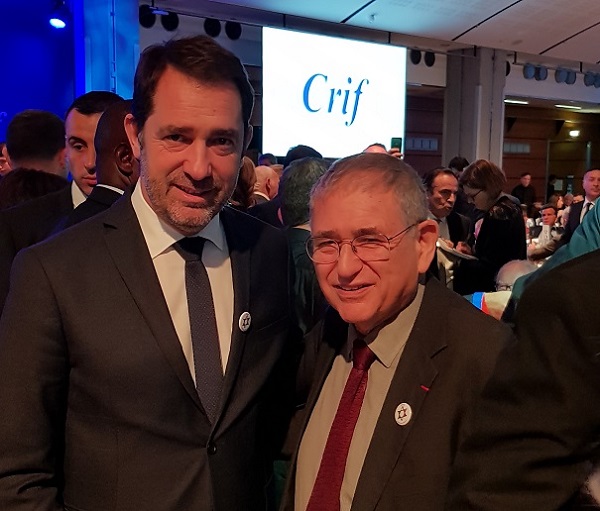 The Wiesenthal Centre raised a question to the Minister tied to “the debate on releasing a large number of prisoners currently in jail, to be freed due to national financial considerations and even, we have heard, due to the risk of COVID-19 infection spreading in prisons.”

The Centre claimed that “such a measure is a threat to France and to Europe as a whole. We would not want another pandemic of ‘killings connected to a terrorist organization,’ with potential murderers attacking innocent ‘sinners’.”

Samuels urged “a rapid trial of the Romans-sur-Isère murderer(s), without psychiatric procrastination,” ... stressing that “Jihadism is not a malady, it is a fatal virus” and “prison releases must be very carefully reconsidered.”