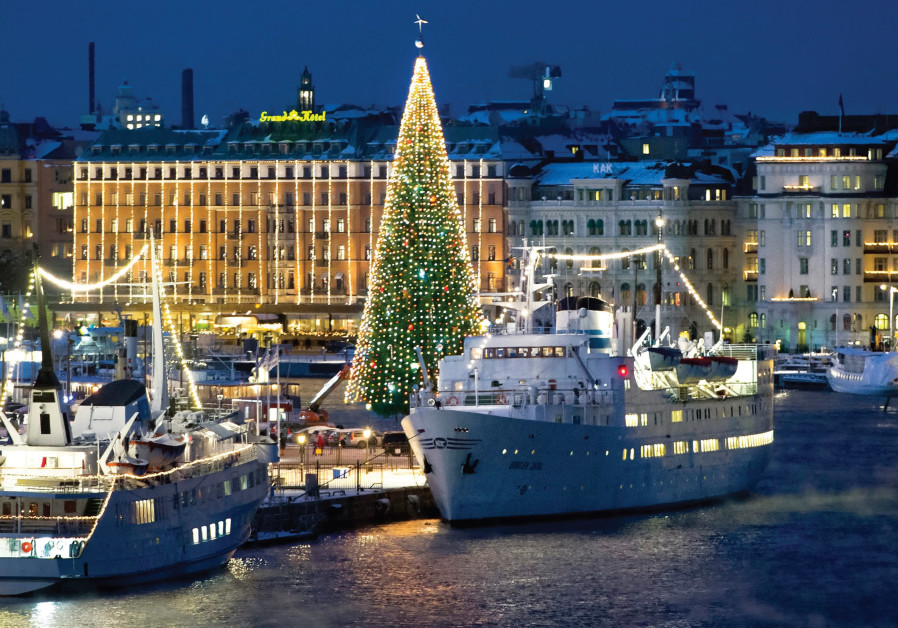 Neuding emphasized the switch in the source of antisemitism incidents from right-wing extremists, with a whopping 51% “attributed to Muslim extremists,” 25% to left-wing extremists and only 5% to the hard Right.

In the context of mounting violence against Jewish targets, Swedish Foreign Minister Margot Wallstrom reportedly appeared to blame Israel for radicalism among European Muslims. However, last April’s Islamist truck-ramming in central Stockholm, leaving five dead, was unrelated to Jews, but rather a sign now common across Western Europe.

The late Simon Wiesenthal would often warn that “what begins with the Jews never ends with them.” Thus the antisemitism-terrorism nexus eventually became indiscriminate. The lesson was first exposed after 73 shootings and bombings in Western Europe – from the Copernic Paris synagogue in October 1980 to the Rue des Rosiers Jewish Quarter massacre in August 1982.

Why and how did it stop? An Israeli incursion into southern Lebanon that summer had European trainees in Palestinian terrorist camps fleeing home. Back in France, Germany and Italy, they needed money, attacking banks, embassies, and they forgot the Jews. That is when governments cracked down.

This was a far stretch from French prime minister Raymond Barre’s comment on Copernic: “a bomb set for Jews killed four innocent Frenchmen.”

Indeed four died that night: a Portuguese postman, a Chinese restaurant waiter, an Israeli in Paris for the weekend and one “innocent Frenchman.”

I had accompanied Aliza – wife of the late Israeli filmmaker Micha Shagrir – to the corner of Copernic, to a fruit shop opposite the synagogue. A few moments later, she met her death.

Another filmmaker, Bo Persson of Sweden, has created a very special film that balances empathy for the victims and their families, who share a global communion, and on the other hand provides a worldwide spreadsheet of Islamist terrorism.

His film, Watching the Moon at Night, was supported by the Swedish Film Institute and Swedish Public Television (SVT) was his co-producer. On completion, the latter rejected the film for public screening without providing convincing reasons.

Since then, Watching the Moon at Night has been shown at film festivals in over a dozen countries and a petition for an SVT screening, signed by more than 1,500 celebrities – including members of the Nobel Prize Committee – has been sent to the CEO of SVT.

The refusal of Swedish Television, just as that by the Franco-German ARTE to show another film in similar circumstances, is perhaps emblematic of the politically correct protocol of a heinous role-reversal. This identifies the “Palestinian native” as the new “Jewish” victim of the “Israeli colonialist Nazi.”

A relief mechanism for the perpetrator, collaborator, bystander countries of Europe’s two greatest crimes: colonialism and the Holocaust – a malaise denoted by Persson as “a cognitive war in Sweden.”

The irony is that Israel and Israelis play a minor, but essential, role among the terrorism victims interviewed in Watching the Moon at Night, yet the Swedish authorities seem to focus a disproportionate obsession with the disinformation-manufacturing so-called “crimes of Israel.”

The consequent apparent embrace or sympathy for jihadi terrorist supporters seems a passive endorsement of the cries of “Intifada – shoot the Jews,” in reality targeting the Jews of Stockholm, Gothenburg and Malmo.

The Wiesenthal Center has created a draft convention arguing that terrorism is a chain of complicity among those who recruit and indoctrinate, train and arm, finance, shelter and glorify. This “chain of shame” resolution was adopted by the Australian Parliament and the PARLATINO Latin American Parliament. Little chance for its adoption in Western Europe where so many cheerleaders are active links in the chain.

The “BDS” culture, displayed by Swedish Public Television, may point to the Wiesenthal Center’s error in limiting its travel advisory to Malmo. Sweden, arguably one of today’s most dangerous countries for Jews, seems to be on the way to becoming a most dangerous country in Europe.

Watching the Moon at Night is a powerful wake-up call.