"You apparently signed a Preface to the Cultural Ministry's book on Jerusalem which claims,among other canards, that 'the Jews control the media, newspapers and publishing houses in the United States and the West'. This is outrageous and behooves an apology."

"Your silence at our calls to you to condemn the hatemongers and remove your patronage from the display stands at the Doha Book Fair and the Qatar stand at the Frankfurt Fair which won you our 2014 and 2015 "Worst Offender Award"... seems to imply indifference and endorsement and surely violate the principles of UNESCO, the institution whose leadership you covet."

In a letter to Qatari former Culture Minister, Hamad Bin Abdulaziz Al-Kawari - a candidate for imminent election as Director-General of UNESCO - the Simon Wiesenthal Centre Director for International Relations, Dr. Shimon Samuels, recalled his several protests to the Minister, "regarding the hate literature on display at the annual Doha Book Fair and our 2014 and 2015 award for 'Worst Offender' conferred for the antisemitic texts on Qatar's stand at the Frankfurt Book Fair. This breached contractual obligations to the Fair which prohibit incitement to hate and violence". 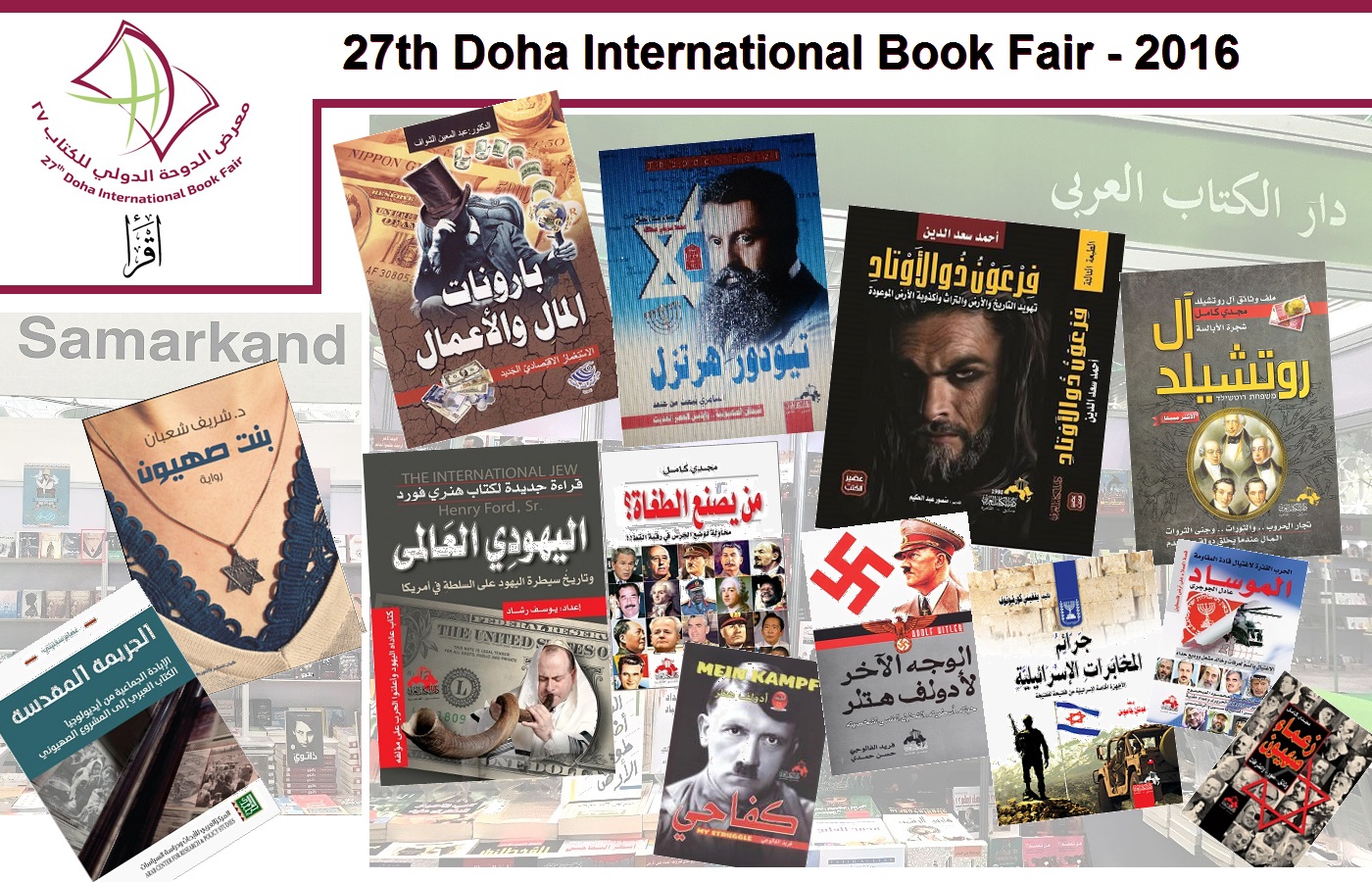 The letter continued, "we have asked you, as Chairman of the Doha Book Fair, to remove your patronage and investigate and prosecute those responsible for sowing seeds of xenophobia, violence and conflicts in a world of burgeoning terrorism" adding, "Mr. Minister, you have never deigned to reply, thus seemingly implying at best indifference and, at worst, your endorsement."

Even more disturbing is the book by the so-called "Advisor to UNESCO on Intangible Cultural Heritage in Syria', Mohammed Kujjah, 'Jerusalem in the Eyes of the Poets', published by your Culture Ministry in 2013, with reportedly a Preface signed by you. 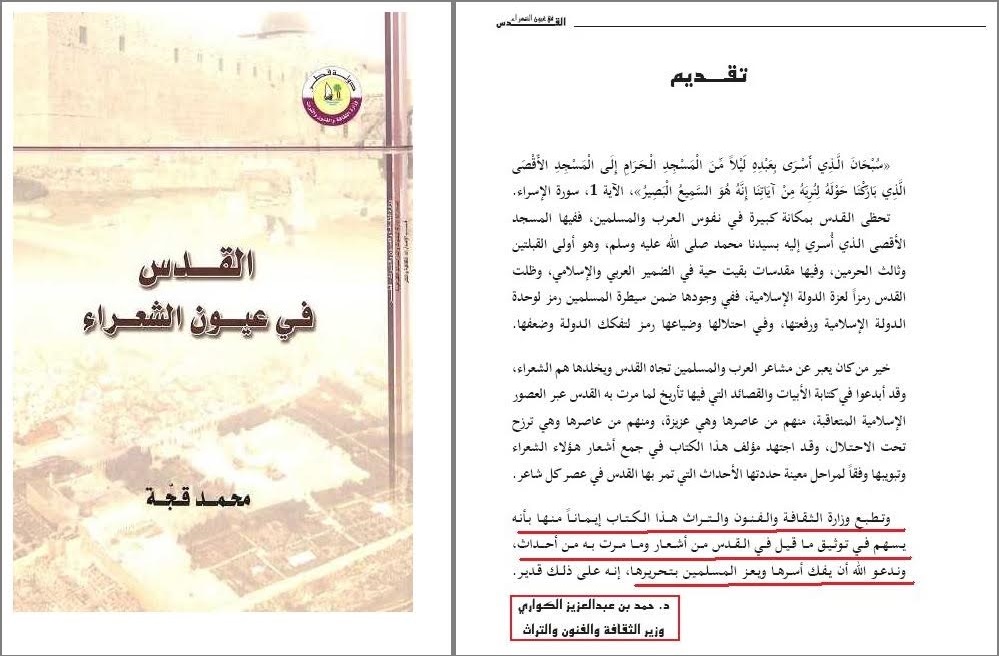 The book "Jerusalem in the Eyes of the Poets", Cultural Ministry, Qatar

- Your apparent Preface's first paragraph is on Jerusalem under Muslim rule.

- The second on Jerusalem under Occupation (Crusades and Israel).

- The third "... we pray to God to release her from occupation and to drive the Muslims  to liberate her", adding, "...the Israeli connection to Jerusalem is a myth exposed by [French Holocaust denier] Roger Garaudy".

- The book claims that "Israel is responsible for the Lebanese Civil War, the first and second Gulf wars; the invasion of Iraq and Afghanistan, the turmail in Sudan, Egypt etc".- And most disconcerting: "The Jews control the media, newspapers, publishing houses in the United States and the West."

Through such language, Mr. Minister, you have surely violated the principles of UNESCO ".

Samuels stressed that Al-Kawari "has been seeking to court Jewish leaders in the United Sates and Europe to lobby for your UNESCO Director-General campaign."The Centre discovered that "at the same time, Dr. Ali al-Qaradaghi, Secretary-General of the Doha-based International Union of Muslim Scholars (IUMS), on 8 September gave a Friday sermon in a prominent German mosque, ostensibly on the ethics of the Prophet of Islam. In fact, he rehashed his February 2015 article entitled 'Global Terrorism – An Analytical Study,' subtitled 'The Torah and Violence'".

The letter noted that, "Al-Qaradaghi’s direct boss is Yussef Al-Qaradawi, the notorious antisemite and Christianophobe and so-called 'Imam of Al Jazeera television', who has issued fatwas justifying terrorism and has tasked Islam with first conquering Rome and then Jerusalem."

The Centre urged the Minister "to apologize to the Jewish people for reportedly his own calumnies and evoke his authority to condemn the above-mentioned hatemongers by name and launch disciplinary measures against their centres of venom."

"Further cover up of such Qatari racism, could cast your campaign as a danger to the image of UNESCO, for he who endorses the language of Goebbels must not lead what is viewed as the intellectual arm of the United Nations," argued Samuels.