Wiesenthal Centre to Jeff Bezos: “Amazon Germany's Promotion of “The Rothschild Family Controls the World” is an Outrage.”

“This blood libel could have been drawn from the ravings of Hitler to the genocidal Charter of Hamas.”

On behalf of the Centre’s members in Germany and Austria, the Simon Wiesenthal Centre Director for International Relations, Dr. Shimon Samuels, expressed outrage at “Amazon.de promotion of “Die Rothschilds: Eine Familie beherrscht die Welt" (“The Rothschilds: A Family that Controls the World”).

Samuels pointed to the cover as “the same as that of another book, “The Rockefellers,” by the same author, Tilman Knechtel, portraying a black-robed Satanic figure, his clasped hands covered in blood, about to plunge a dagger into the globe….”

The ad for “The Rothschilds” claims that “Far from adventurous conspiracy theories, this book identifies the Rothschild family as the core of a worldwide conspiracy of high finance, whose control network, like a Kraken's arms [both a horrifying monster and a currency exchange], are wrapped around the whole globe squeezing ever closer together. They systematically create crises with which they can further expand their power. The blood of all the great wars has been clinging to their hands since the beginning of the French Revolution. They proved their inhuman contempt by financing the National Socialists and sending millions of their own religious community to their death. But their blood thirst is far from being satisfied: their goal is an all-destroying Third World War and a world government, controlled from Jerusalem.”

The letter noted that “this blood libel could have been drawn from the ravings of Hitler to the genocidal Charter of Hamas.”

Samuels highlighted how “the J.K. Fischer Verlag, ‘The Rothschilds’ publisher, seemed to focus predominantly on conspiracy theories. Indeed, several of those texts are available on Amazon.de see: https://www.j-k-fischer-verlag.de/?MODsid=j4ts1lfkdm6ck6uda1cm10rok5

Tilman Knechtel, the author, appears on Google in a stylized Hitlerist uniform: 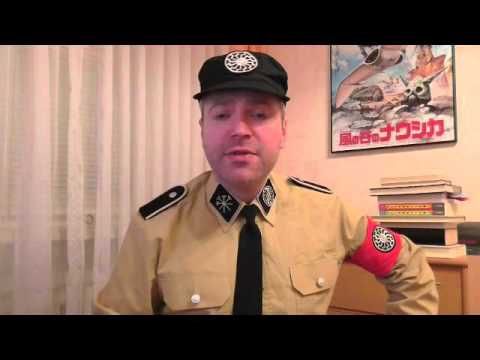 The Centre was scandalized by “the Amazon blurb which continues as follows (translated from the German):

‘Discover the tricks and strategies of the Rothschild family, their organizations, their banks, their agents. Learn more about the true origins of Nazism, communism and Zionism. Recognize the direct influence of Rothschild on political heavyweights from the English royal family to American Presidents. Find out how it can be possible that the fate of the world is centrally controlled by a single family’.”

Samuels told Bezos that, “for the last 12 years, we have monitored the Frankfurt Book Fair and their Arab counterparts, identifying books such as “The Rothschilds” on the display stands. In most cases, the Frankfurt authorities will confiscate those we expose, on grounds of violating the contract (and in many cases German law) between the publisher and the Fair – that contract explicitly prohibits fomenting hate and violence.”

The Centre urged the President “to follow that principle, whether through Amazon.com, Amazon.de or any part of your constellation.”

“Amazon must not serve as a figleaf for conspiracy theories or defamatory incitement that endangers us all,” concluded Samuels.