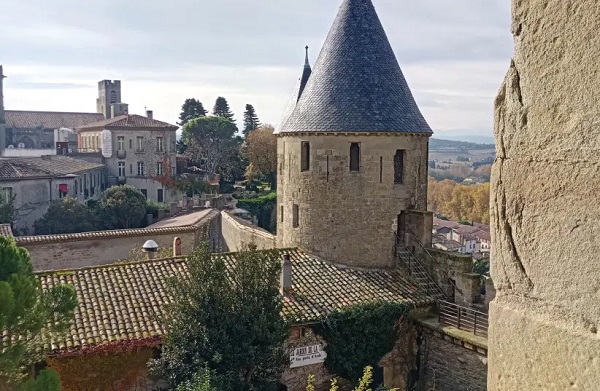 With my colleague, Rabbi Abraham Cooper, we sat with the Jewish leadership expressing solidarity. We then met the local Imam, showing him extracts of Jihadist brainwashing on what has become known as “social media.”

Toulouse was last week the scene of reportedly Jihadist solidarity marchers, screaming “BDS” (boycott, divest and sanction), “Palestine from the river to the sea” and calling Mayor Jean-Luc Moudenc, who is proud of Toulouse’s “sister-city” status with Tel Aviv, “Israeli Assassin Moudenc.” Pressure is apparently building to end the twinning.

Demonstrators also called for the release from prison of Georges Ibrahim Abdallah, implicated in the 1982 Paris murders of US Military Attaché Lt.-Col. Charles Ray and Israeli diplomat Yaacov Bar-Simantov.

The latter was shot in front of his children, who were schoolmates of my own children at the Israeli School of Paris. Abdallah has praised the assassination by his ideological partner, the French extreme-left Action Directe, trained in his native Lebanon.

Popular Faction for the Liberation of Palestine (PFLP) branches, together with European Marxist terrorists, were responsible for 73 shootings and bombings of Jewish targets across Western Europe, including 29 in France, from the Copernic synagogue in October 1980 until the Jewish quarter Jo Goldenberg Restaurant massacre in August 1982.

It ended with Israel’s incursion into South Lebanon that summer, aimed at quashing the terrorist training camps. The Europeans fled home, unleashing terror in France, Germany and Italy. These governments, in turn, then cracked down with life sentences for such figures as Georges Abdallah and Venezuelan Ilich Ramirez Sanchez, better known as Carlos the Jackal.

Both our organizations have a deep concern for the victim families’ need for justice and closure, just as in the case of Holocaust survivors.

Based in Toulouse, the “Collectif Palestine Vaincra” (Palestine will Vanquish) is affiliated with Samidoun, an organization for Palestinian prisoners. Also related is Badil, which focuses on “the right of return” of Palestinians to what is now Israel.

Such a network’s language in Arabic, and often in translation, ostensibly praises “the armed struggle” and “resistance” that arguably imply attacks on civilians, which – according to MPCTASSO – is a crime against humanity.

This has resulted in two successful countermeasures:

• In June 2020, PayPal, an online payment system often used for fund-raising, informed Palestine Vaincra that its account “had been permanently restricted and money in the account had been frozen [due to] ... violation of the terms of service.” This follows PayPal’s closure of the Samidoun account in 2019.

• Even more interesting is the cancellation of a European Union grant of two million euros over three years to Badil, as the Palestinian organization refused to sign an anti-terrorism clause. The aforementioned organizations viewed the measure as “a policy of subjugation and blackmail.”

Luckily, Toulouse has two faces: one of Jihadist anti-Zionism, the other of Mayor Jean-Luc Moudenc, proudly twinned with Tel Aviv. We commend his policy and friendship.

The writer is director for International Relations of the Simon Wiesent