These are replete with the classics of antisemitism: the Tsarist forgery “Protocols of the Elders of Zion,” Henry Ford’s “International Jew” and Hitler’s “Mein Kampf”... and more contemporary versions of Jew-hating conspiracy theories, considered as “warrants for genocide” and certainly murderous intent. 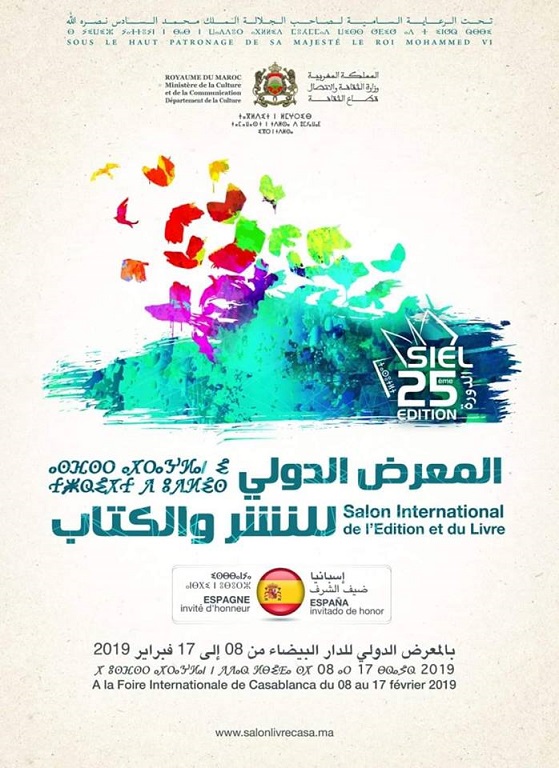 Your Majesty, it is indeed ironic that among all Muslim countries, only your grandfather - whose name you carry - H.M. Mohammed V, protected Moroccan Jewry from deportation by the Vichy Nazi collaborators.

Globally, Jews of Moroccan ancestry bless his name and continue to feel an affinity with your country.

Yet, our request to your successive Ministers of Culture in regard to antisemitism at the Book Fair have fallen on deaf ears.

Below are only the tip of the iceberg examples of such antisemitism at the 2019 Casablanca Fair. Most are from Egyptian publishers Dar Al Basheer (stand C34) and Dar al Rislan (stand A76).

Your Majesty, we urge you to ensure that the 2020 Fair be hate-free, whether directed against Islam, Judaism or Christianity.

- “Secrets of the Racist Jews,” by Yuri Mukhin, translated by Mohammed Abdelaziz, published by Dar Ala el Deen (Aladdin) and displayed by Dar Al Rislan, Syria.

Mukhin is a Russian agitator who claims “Nazism was a response to Zionism and the Zionists were responsible for the Holocaust” (see link to Wikipedia)
https://en.wikipedia.org/wiki/Yury_Mukhin_(activist)

Your Majesty, such screeds sully the good name of Morocco and abuse your Patronage of the SIEL Book Fair.