The letter was also sent to Spanish political leaders – both representing the government coalition and the opposition in Parliament.

In a letter to Dr Meritxell Batet Lamaña, President of the Spanish Congress of Deputies (lower chamber of Parliament), the Wiesenthal Centre Director for International Relations, Dr Shimon Samuels, expressed concern “in regard to the ‘measures to be undertaken for the protection of the Rights of Children and Adolescents of the Palestinian population affected by the occupation of Israel’, proposed by Podemos, due for discussion in your Congress Committee of Foreign Affairs on 29 March.”

Following a day of murderous stabbings in Southern Israel by an Islamist egged on by Jew-haters, the Rapporteur of the so-called “Human Rights Council” backed up the antisemitic claim of Amnesty International, that Israel cannot be a “Jewish State.”

The UN Special Rapporteur, Michael Lynk, concluded his six years of anti-Israel abuse, by accusing it of “Apartheid.” His report was released for this week’s “Human Rights Council debate” on “Item 7 - Israeli Human Rights abuses against the Palestinians.”

Item 7 is the only permanent one that singles out one state alone – Israel – followed by Item 8 that can cover all other states getting away with true Human Rights abuses. It was agreed that Item 7 remain on the UNHRC agenda. 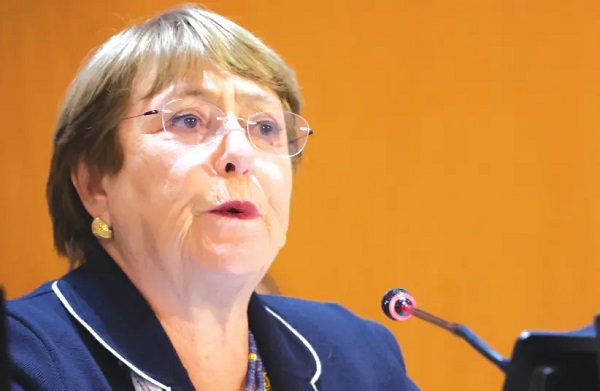 Read more: An appeal to the UN human rights commissioner -...

Wiesenthal Centre Letter to Sadiq Khan, Mayor of London, on an Antidote Against the Hatred of Amnesty International

In a letter to London Mayor, Sadiq Khan, the Wiesenthal Centre Director for International Relations, Dr Shimon Samuels, expressed the outrage of the Centre’s constituency, including supporters of the Simon Wiesenthal Centre - UK, at the abuse of the Israeli Embassy in Kensington.

Amnesty International UK Campaigns and Crisis Manager, Kristyan Benedict, led a group to place a road signpost outside the Embassy, marked “Apartheid Avenue W8 - No Palestinians Allowed.” This was aimed at fomenting hate against the Jewish State and thereby endangering British Jews.

In a letter to Spanish Foreign Minister, José Maria Albares, Wiesenthal Centre Director for International Relations, Dr Shimon Samuels, commended Madrid for its “sensitivity to the horrors in Ukraine and your intention to see Vladimir Putin face the International Criminal Court for ‘Crimes Against Humanity’.”

Prime Minister Pedro Sanchez has agreed to “an increase in the military budget due to the threat of Russia in Eastern and Central Europe.”

These steps can but make one think of the Spanish agony at Hitler and Mussolini’s intervention in the 1936-1939 Civil War.

What seems mysterious is the criticism by your coalition partner, Unidos Podemos, unless it’s related to its reportedly close association with Iran. This could surely not be construed with the Moscow-Tehran connection?

“In the meantime, kudos to Madrid for its anti-tank supplies to Kiev and its support to the Ukrainian people,” concluded Samuels.