"The Centre stands in solidarity with its courageous Swedish friends who will withstand threats and violence in the name of truth and faith."

Wiesenthal Centre Director for International Relations, Dr. Shimon Samuels - together with Israeli Ambassador to Sweden Ilan Ben-Dov and Swedish M.P. Mikael Oscarsson - had opened the Centre's exhibition "People, Book, Land: the 3,500 Year Relations of the Jewish People with the Holy Land" at the Almedalen Festival in Visby, capital of the rugged Swedish island of Gotland. 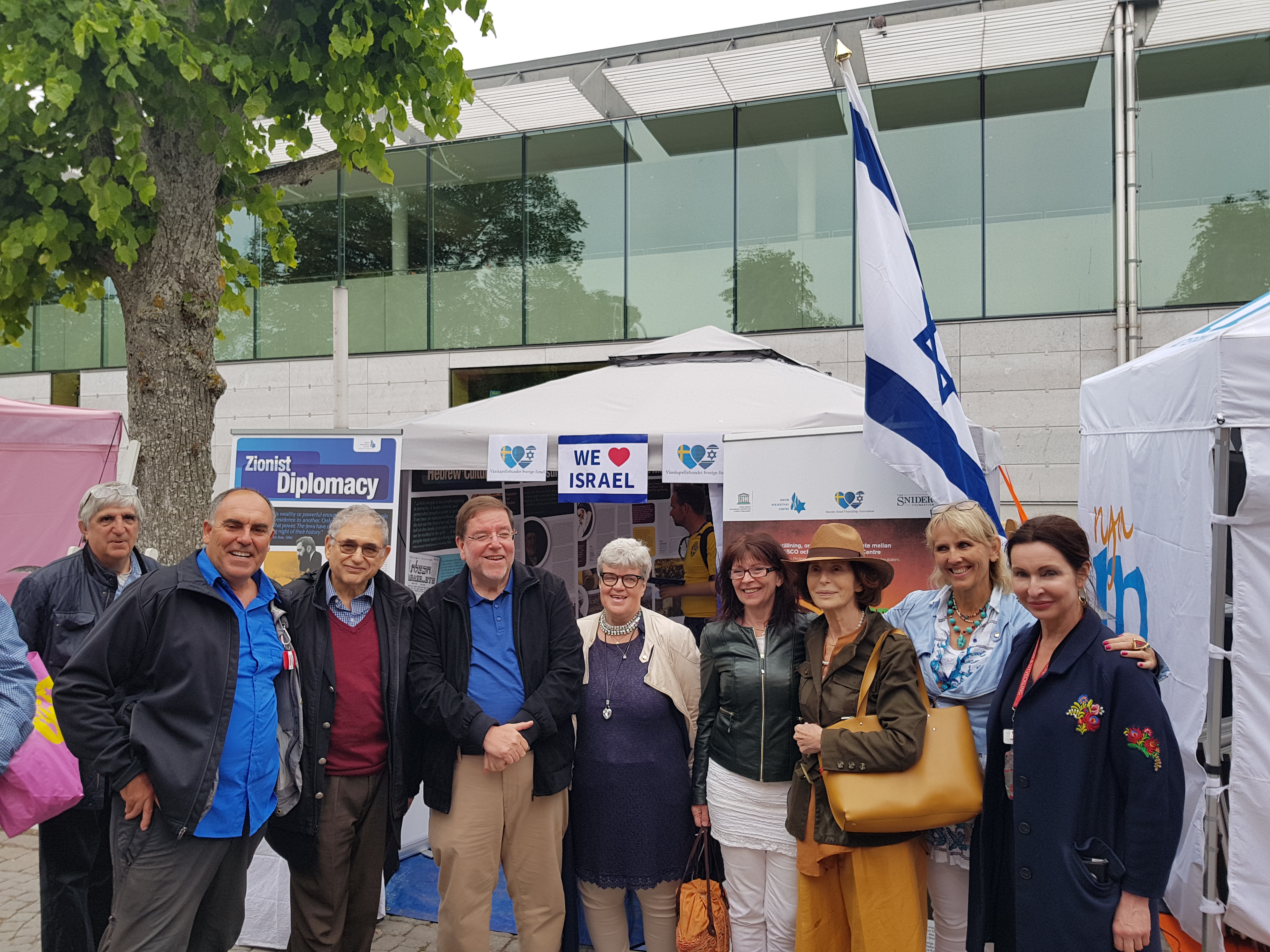 (3rd and 4th from the left) Dr. Shimon Samuels
with Israel Ambassador to Sweden Ilan Ben-Dov,
together with members of the Sweden-Israel Friendship Association.

The feisty Christian Zionist organisation had agreed to celebrate Israel's 70th birthday in the midst of a politically unfriendly atmosphere.

A large boat in Visby harbour, waving an Israeli flag, launched the 70th anniversary with a resounding "Hatikva" anthem and psalmist songs. It is planned to enter Haifa harbour in late November as a 'counter-flotilla' to bless the people of Israel. The captain recounted how his father had sailed a boat to save Jews from the German occupation of Denmark. 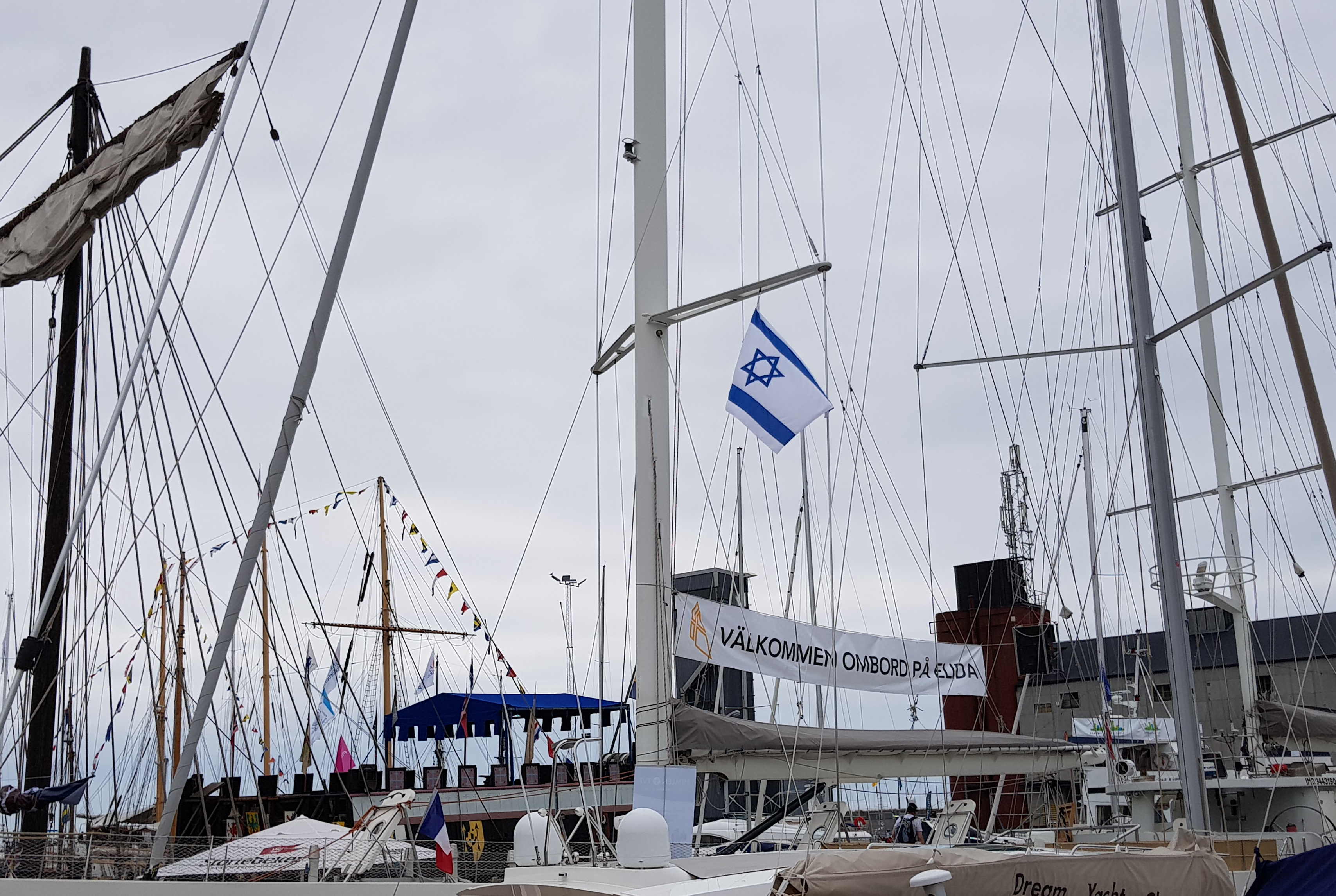 The Centre portrayed "a tent city comprising an array of causes from 'Set My People Free' (former Muslims under death threat for apostasy) to 'SAYFO' (Syrians against their 'Hitler Regime') and a host of health and sports associations, with a bevy of human rights' activities, drew some 40,000 visitors to the annual Almedalen Festival, held in Visby, capital of the rugged Swedish island of Gotland."

Following the neo-Nazi attack on Sweden-Israel Association members and incoming expressions of support, the police arrested one Nazi perpetrator.
Samuels stressed that "the Centre stands in solidarity with its courageous Swedish friends, who will withstand threats and violence in the name of truth and faith." 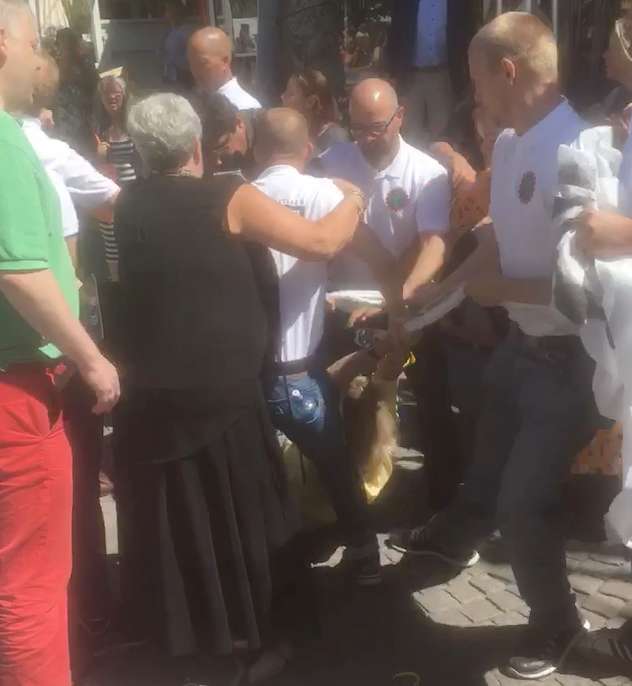 "The Sweden-Israel Friendship Association has pledged to take the Wiesenthal Centre's 'People, Book, Land' exhibition on tour, in memory of the late Swedish Zionist, Deputy Prime Minister, Per Ahlmark, as evidence in their 'combat' for the 'truth' campaign across Sweden in the face of every challenge," concluded Samuels.