Wiesenthal Centre to Air France Chairman: “We are asked whether the airline has succumbed to BDS by wiping Israel off the map.”

In a letter to Air France Chairman and CEO, Frédéric Gergy, the Simon Wiesenthal Centre Director for International Relations, Dr. Shimon Samuels, noted that, “French members of our Centre have sent us, reportedly captured shots from English and French language of an Air France flight-path, taken last week between New York and Paris,” adding that “the locations 'Israel' and 'Tel Aviv' are glaringly absent.”

The letter noted that “we are asked whether Air France has succumbed to the BDS (Boycott, Divestment, Sanctions) campaign to delegitimize the Jewish State by literally wiping it off the map?”

Samuels argued that, “if these allegations are bona fide, I, as a Platinum Flying Blue member who regularly flies the Paris-Tel Aviv route, am now gravely concerned regarding the implications for pilot error.”

The Centre stressed, “whether these photos have been doctored or whether authentic, we urge Air France to identify those responsible and to take appropriate legal measures against them.”

“Major airline flights, on landing, customarily thank the passengers for choosing to fly them. If Air France does not immediately remedy this protest, our constituency will certainly make their choice accordingly,” concluded Samuels. 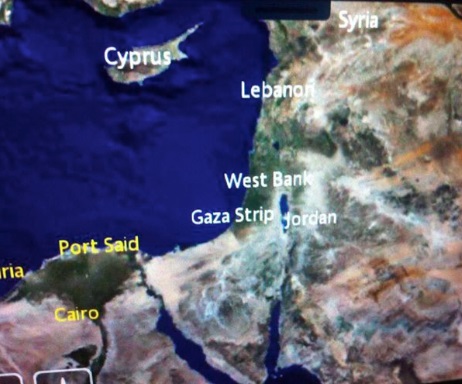