Wiesenthal Centre at ICC: “Infected by Political Bias and an Instrument for Palestinian Denial of Jewish Sovereignty”

“When the International Criminal Court (ICC) was established by the Rome Statute in 1998, we believed that its role would reflect the work of the late Simon Wiesenthal, to prosecute war criminals,” stated Wiesenthal Centre Director for International Relations, Dr. Shimon Samuels.

Samuels argued, “sadly, the ICC pre-trial ruling against Israel shows that yet another United Nations-related institution has been infected by political bias and is becoming an instrument for Palestinian denial of Jewish sovereignty.”

The Centre noted: “The United States and Israel never joined the ICC, foreseeing themselves placed in the dock”... “This became a reality when ‘Palestine’ joined the Rome Statute in June 2014 and launched a series of communications to manipulate the Court into targeting Israel, despite the non-State, non-sovereign and non-defined borders Palestinian status.”

Samuels stressed that, “the United States, as a non-member party – just as Israel on ‘Palestine’ – has been attacked for alleged crimes in Afghanistan in a session attended by the Wiesenthal Centre as ‘amicus curiae’ in those proceedings.” 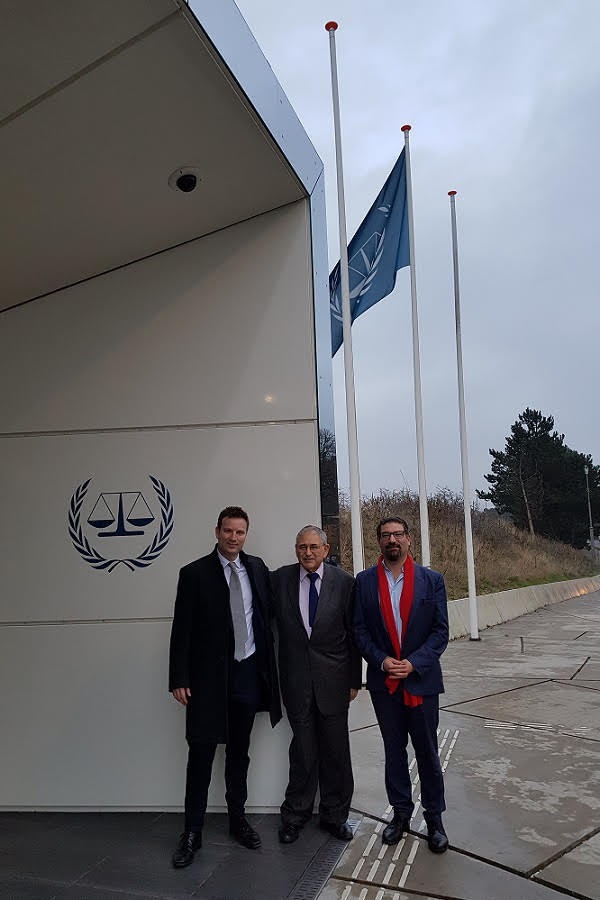 Samuels with Dr. Dov Jacobs, based in the Hague, and London Barrister Joshua Kern QC,
the two ICC experts who argued against the capacity of the ICC to exercise jurisdiction
in the case of non-State Parties.

The Centre called for “joint action to be taken if an eventual ICC investigation would ever result in arrest warrants for the detention of Israeli or American senior officials, when travelling abroad.”

The Court has stated that, “potential consequences that might arise from the present decision are outside the scope of the Chamber’s mandate.”

The ICC, however, must be deemed accountable for encouraging the Palestinian leadership and people to believe that peace negotiations are unnecessary, and also may result in a new rise of terrorist violence,” concluded Samuels.