Samuels noted that "the English edition of 'Antisemitism: The Generic Hatred' was a tribute to Simon Wiesenthal's universalism.  Launched in the House of Lords in 2007, its contributors included a Rwandan, a Roma, a Disabled and a Gay spokesman, each applying the lessons in combatting antisemitism to their own victimology".

The Centre added, "followed by French, Spanish and Russian editions, each linguistic region has had a local expert editor, retaining only previous core essays of interest to each regional readership, adding material from local contributors.... The Arabic version has been our greatest adventure... Its launch is most appropriate in London as the global capital of the Arabic media". 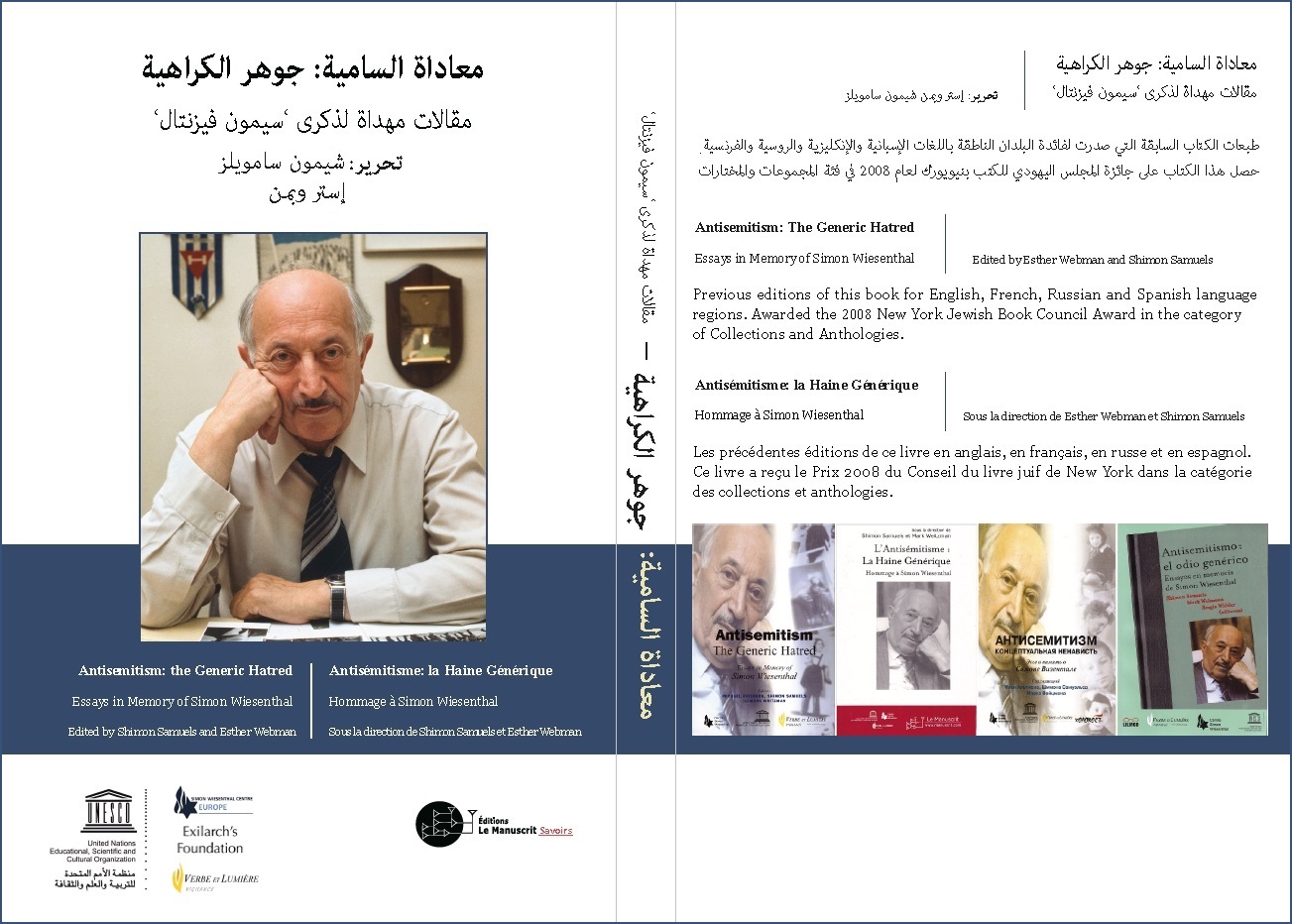 We hope these essays may provide instructive assistance in confronting Arabophobia and strengthen ties between Arabs and Jews against their mutual foes, while also enhancing cooperation between their diaspora communities," concluded Samuels.

- Veteran Egyptian journalist and Parliamentary reporter, Adel Darwish, focused on the impact of social media in globalizing antisemitism, especially resurgent in the United Kingdom. He illustrated his remarks with personal tales of Arab-Israeli positive encounters

- Professor Esther Webman of Tel-Aviv University asked, "how can one deal with the other when he is your sworn enemy?", adding, "early Arab antisemitism did not reflect an obsessive hate. This came mainly with the late nineteenth century European colonial import of Jew hatred, the appearance of Arab nationalism and the question of Palestine".

- Henry Jackson Society Research Fellow from Saudi Arabia, Najah al-Oteibi commented,"a lot of people in the Arab world express disagreement with the Israeli government by hatred for Jews...Arabs read few books and those books on Jews encourage antisemitism... A poll in Saudi Arabia asking 'Who is our enemy?' revealed  20% Iran, 80% Israel..."

Nevertheless, she suggested that terrorism in the Arab world and changing realities would affect these perceptions. 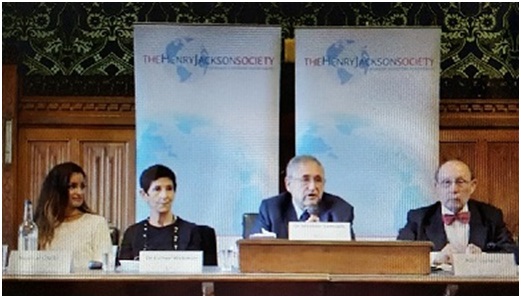 The meeting ended with the decision to provide an electronic version of the text to reach a broader public in the Arab world.