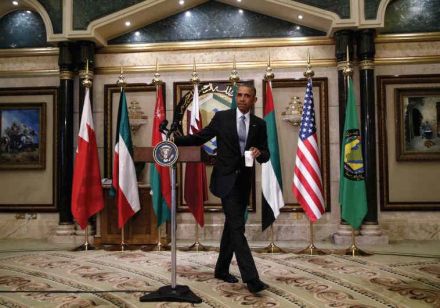 The UN move may be seen as an indication to the career of “Obama after Obama.”

The UN Security Council resolution was hardly a surprise (see the December 1 Jerusalem Post oped by this author, “Last Night I had the Strangest Dream”).

The refusal to veto the resolution as the last gasp of the Obama regime was expected to take place between the November 8 election and the January 20 inauguration.

Little attention, however, is paid to Obama’s motive. Revenge against Netanyahu is inadequate. The move may be seen as an indication to the career of “Obama after Obama.”

A young, vigorous, wealthy and internationally connected ex-US president does not drive off into the sunset or play golf forever in Hawaii. His rental of a Washington DC suburban manor, rather than in his Chicago hometown, puts him geographically at the center of power.

The failure of Hillary Clinton renders him the unofficial “leader” of the opposition against incoming president Trump.

He is unlikely to dedicate himself to an ‘Obama Library’ or ‘Institute,’ write his memoirs, return to a Harvard professorship or be satisfied as a partner in a prominent law firm.

There is an effete and toothless organization of ‘has-beens,’ self-named “the Elders,” counting ex-US president Jimmy Carter, ex-UN secretary-general Koffi Annan, ex-Human Rights commissioner (and convener of the Durban antisemitic hatefest) Mary Robinson among others, which focuses principally on castigating Israel.

Obama’s leadership could lift this group out of oblivion, to create further mayhem. An indication came with Carter’s oped of last month in The New York Times, written very much in the language of the Security Council resolution.

Let us recall that – apart from the notorious French ‘comic’ Dieudonné – Obama is the only figure to bridge the Sunni-Shi’ite gap, achieved by his Iran nuclear deal. And like Dieudonné, he seems to have an obsessive- compulsive interest in the Jewish State.

To validate his premature Nobel Prize, Obama could seek backing for a formal Middle East role, such as coordinator of the Quartet (a UN, US, EU and Russian body long led ineffectively by Tony Blair). Such a candidacy may require the veto of Trump.

The UN Security Council resolution will be non-binding, but it becomes a point of reference.

In contradistinction to Resolutions 224 and 338 which called for direct negotiations, this resolution grants the Palestinians a free ride, without the need to negotiate its already mandated prior conditions on Israeli withdrawal.

This resolution could undermine the emerging marriage of convenience between Israel and principal Sunni Arab states. It will certainly encourage the anti-Israel boycott by the European Union, now euphemistically called “differentiation” (a hypocritical claim to differentiate between trade with Israel within its 1967 cease-fire lines and to label products – effectively boycotting imports – from beyond those lines).

It will harden, now in the name of the international community, the global assault of BDS squads and campus antisemitic campaigns, and attacks on Jews and Jewish institutions, especially in Europe. It will legitimize the delegitimization of the Jewish heritage, beginning with the Palestinian demands for Qumran and the Dead Sea Scrolls at the next UNESCO Executive Board and its World Heritage Committee.

Despite these somber scenarios, the big question remains: who will Obama be after Obama?